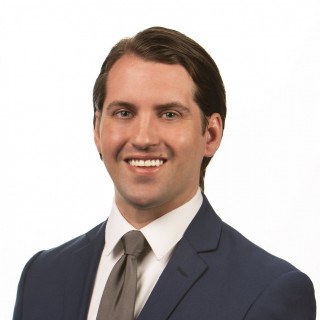 Chase has dedicated his entire practice to helping injured accident victims get the compensation they deserve. He handles car accident, semi-truck accident, motorcycle accident, and wrongful death claims. Chase is a young attorney who zealously advocates for his clients. Chase grew up in southeastern Indiana where he attended East Central High School near Lawrenceburg, IN. After high school he attended Indiana State University where he earned his bachelors of science in Legal Studies in 2013. Upon graduation form Indiana State Chase pursued a law degree and graduated from the Indiana University - Robert H. McKinney School of Law in May of 2016. During his time in law school he clerked for the Law Office of William W. Hurst, LLC and he was hired as an attorney upon admittance to the BAR in October of 2016.

Q. I have no trespassing signs on all 4 sides of my house. If my dog bites a civillan while tresspassing am i liable?
January 11, 2019
A: It's possible. Your best bet is to report this to your Home Owner's Insurance and let them take care of it.

Q. What can I do if my mom hits me or assaults me while she is drunk, she kicked me out of the house and Im missing school.
January 11, 2019
A: Call the police and/or the Department of Child Services immediately.

Q. I'm trying to find a Mr. Mark E. Harbin. He took a case involving my now wife Niki Davis in a shooting incident 2014.
January 10, 2019
A: Call the Indiana Bar Association. They should be able to track Mr. Harbin down for you.

William W. Hurst speaking about personal injury cases and what our office will do for our clients.