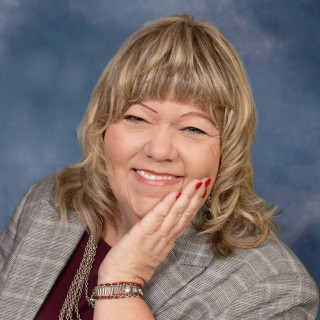 Cheryl Crenwelge Sione grew up right here in Fredericksburg, Texas. Cheryl was heavily involved in FFA, 4-H, and other youth led organizations. She went on to attend Texas A&M, earning her Bachelor’s Degree and Master’s Degree in Agricultural Economics. While completing her Masters, Cheryl was offered an internship in Washington D.C.. She spent almost a year working with the Soybean Association, lobbying on farmer’s behalf in Washington D.C..

Soon after her time in Washington, She was accepted to studied law at Texas Tech University. After earning her Doctor of Jurisprudence, she began work at a small firm in Post, Texas. Her next job in law took her all the way to Samoa, a small island in the South Pacific. She worked there for several years, and even began a family their marrying her husband and giving birth to her first son. In 2000, she ended up back in Fredericksburg and became an Associate with the established law firm, Dooley & Hoerster.

With her strong work ethic, she was able to become a partner in what became Dooley, Hoerster & Sione. Eventually, the firm split apart and Cheryl began her own law firm right in the Heart of Fredericksburg. She remains active in the community volunteering frequently with 4-H, Holy Ghost Lutheran Church, and the Gillespie County Fair. She and her husband are raising their son and daughters here in the town she grew up in.

Cheryl is dedicated and fair. She is an attorney will fight for you and for your case. Other attorneys have described her as “highly effective and highly ethical” and say they “can recommend her without reservations”