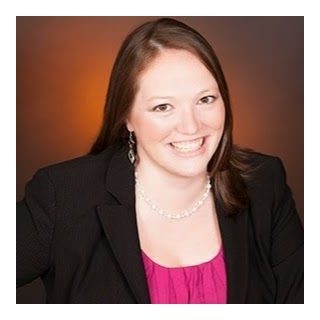 Attorney Cheryl Van Ackeren is passionate about protecting the rights of service members and ensuring that veterans get the benefits they deserve.
Long before graduating from Seattle University’s School of Law, Cheryl knew she wanted to be a lawyer. Cheryl enlisted in the Army at 18 to achieve her goal and hoped to take advantage of the “green to gold” program to become an officer, and eventually, a Judge Advocate General. Cheryl’s military career began in the signal corps with the 1st Calvary Division, Fort Hood, Tx. Her enlistment included a 15 month deployment to Iraq during the early days of Operation Iraqi Freedom. Unfortunately, Cheryl’s career in the service ended after almost four years of service, when she became injured. Due to a medical discharge, she would not be able to be a JAG officer and serve the Army as a lawyer. Cheryl didn’t miss a beat. After returning to civilian life, she promptly enrolled in school, where she received a Bachelor of Arts in Psychology before attending Seattle University’s School of Law.

In law school, Cheryl knew she wanted to be an advocate for veterans early on. From May 2011, Cheryl worked as a legal intern with Charlie Swift at Swift & McDonald, PS, a firm that focused on military law and family law for service members. As a legal intern, Cheryl handled Board of Corrections cases, court-martial cases, administrative separations, Appeals to nonjudicial punishments and Letters of Reprimand, as well as security clearances cases, and assisted with Family law Divorce and Child Custody Case for almost three years. Cheryl further expanded her knowledge by working with the Northwest Justice Project, Veterans Division, where she provided legal aid to homeless veterans and veterans on the verge of homelessness. Cheryl’s determination and strong work ethic allowed her to work at Swift & McDonald, PS and the Northwest Justice Project while attending school, eventually becoming an associate after graduation.

Q. I desperately need phone numbers for overpayment lawyers in seattle wa that are free
May 17, 2014
A: You should try one of the legal aid services. The Northwest Justice Project offers free legal aid to low income families.