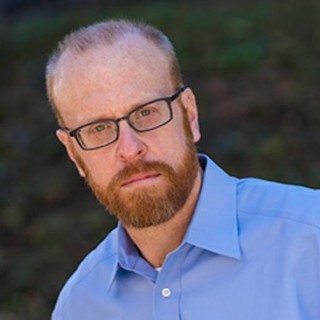 CAVC attorney Chris Attig is one of nation’s leading advocates for veterans.

Mr. Attig is one of the few attorneys for veterans who actually wore the uniform; he has seen, firsthand, the devastation that the VA’s legal and medical malfeasance can wreak on a veteran’s family.

Mr. Attig served in the U.S. Army Field Artillery, receiving many awards including the parachutist badge.

He attended U.S. Army Ranger school, and because of his tenacity, professionalism, and esprit d’corps, was recruited for U.S. Army Special Forces Assessment and Selection. Mr. Attig declined the opportunity, ultimately dedicating himself to serve his brother and sister veterans through the law.

Mr. Attig focuses on applying his skills at appellate advocacy before the U.S. Court of Appeals for Veterans Claims, the U.S. Federal Circuit Court of Appeals, and, as of 2017, the United States Supreme Court.

He remains the only law student in his law school’s history to have served as a law clerk to the Chief Justice of the Supreme Court of the State of Texas.

Mr. Attig is known for both his meticulous and thorough record review and his dogged pursuit of constitutional due process and equal protection rights for veterans battling the VA.

Board of Directors
National Organization of Veterans Advocates (NOVA)
2015 - Current

5 Reasons the VA Keeps Screwing Up Your Claim & How YOU Have the Power to FIx It!

8 Things Veterans Should Know Before Hiring an Attorney.

Getting Back on Track: Bad News at the DRO Hearing (eBook).

Take Back the Power: How to Get Your C File

Court of Appeals for Veterans Claims
Since 2007

US Court of Appeals for Veterans Claims holds that when rating a veterans service-connected migraines, the VA and BVA must acknowledge that migraine attacks involve more symptoms than just headaches.

US Court of Appeals for Veterans Claims holds that VA ratings for prostate cancer should consider residuals.

Veterans Court: What constitutes "loss of use" of a reproductive organ for SMC purposes?

The US Court of Appeals for Veterans Claims issued a precedential opinion in Bria v. Wilkie, CAVC No. 19-4625 (January 15, 2021). The issue in the case was what constitutes "loss of use" of a reproductive organ for SMC purposes?