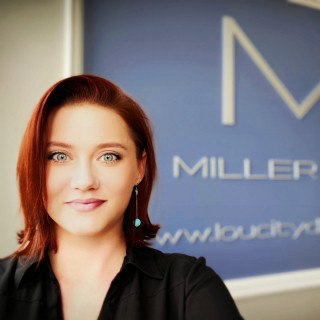 Christine Miller has dedicated her career to the exclusive practice of family law. She is an experienced litigator having spent much of her early legal career in a courtroom practicing criminal defense. Christine became passionate about family law through her work with adolescents.

Christine recognizes that each case is unique with its own set of facts and issues. She works closely with each client to address their specific needs. Christine offers a compassionate no nonsense approach to every case. She is passionate about guiding families and children through the legal process.

Christine graduated from the University of Kentucky with a bachelor’s in political science. She attended New England School of Law in Boston, Massachusetts. Christine served as an editor on the International and Comparative Law Journal and was very active with the Woman’s Law Caucus. During her time in Boston she interned for the Attorney General’s Office, clerked for the Honorable James Coffey, and practiced under a limited license in both District and Superior Court. Christine studied at the prestigious National University of Ireland under the late Supreme Court Justice Antonin Scalia.