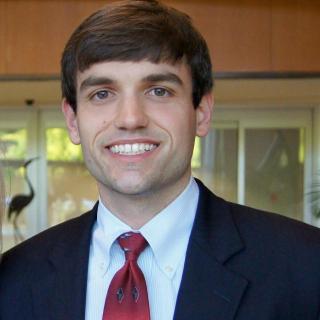 Chris Reid graduated from Samford University in 2006 with a Bachelor of Arts in Political Science. He then received his law degree from Cumberland School of Law in May 2010. Mr. Reid has held policy positions working for the Alabama Policy Institute and the Heritage Foundation in Washington D.C, where he also interned for House Republican Whip Roy Blunt. While in law school, Mr. Reid worked as a summer law clerk for the Alabama Attorney General Office and Rushton, Stakely, Johnston & Garrett (a prominent law firm in Montgomery).Upon graduating law school, Chris held the position of Health and Judiciary Policy Analyst for the Governor of Alabama. In 2012, he became Senior Partner at Reid & Ketcham Attorneys at Law, practicing family, probate, criminal, and small business law in Birmingham and around the state. In 2014, Mr. Reid began working with Johnny and Emily Amari, specializing in domestic relations, nonviolent criminal defense, personal injury, wills trusts and estates, and small business law. Mr. Reid also serves on the board at Sav-A-Life, Vestavia, was a volunteer with the Birmingham Bar Volunteer Lawyers Program, and is an active member at Briarwood Presbyterian Church. His hometown is Dothan, AL.

How Partisan Tensions Are Destroying Relationships and How We Can Fix them
Yellowhammer News
February 28, 2017

Hope For The Future After a Substance Related Arrest
Reid Law Firm
February 7, 2017