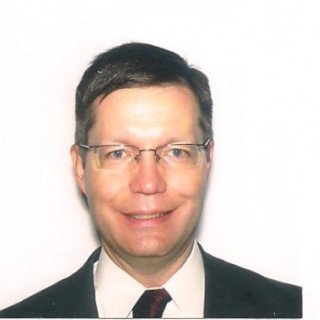 Chris counsels and represents developers and other landowners in a broad range of complex litigation, appellate, transactional, and administrative matters involving property.

Since entering private practice five years ago, Chris has represented companies such as Clear Channel Outdoor, Ewing Properties Texas, Centurion American, Davis Development, and many others. For example, he filed two lawsuits challenging a Dallas suburb’s parkland exaction ordinance as excessive and obtained a $2,053,695 fee reduction in one case and a $350,400 refund in the other. In addition, he persuaded a Dallas suburb’s officials to reverse a planning department’s decision and allow a substance abuse treatment center. And he convinced the Dallas Board of Adjustment to reverse the building official’s decision to revoke a permit.

Before entering private practice, Chris was an assistant city attorney for the City of Dallas for almost 27 years, including serving as first assistant city attorney for almost 10 years and interim city attorney for five months. His primary responsibility as first assistant was supervising all Dallas’ civil litigation and criminal prosecutions. In his last year with Dallas, it had the second lowest average litigation cost per resident of the 10 largest cities in the nation during the previous three years. Highlights included:
• Authoring a petition for certiorari to the U.S. Supreme Court in a tow truck regulation case, which the Court granted and thereafter reversed the Fifth Circuit Court of Appeals
• Persuading the Texas Supreme Court to reverse the Dallas Court of Appeals and the trial court and upholding the board of adjustment’s denial of a zoning variance
• Convincing the Dallas Court of Appeals to reverse a $6.4 million judgment in a taking case

Chris has favorably resolved numerous federal and state lawsuits through trial and mediation. He also has successfully handled appeals in multiple appellate courts.

Is Owner Consent Objectionable?
The Alliance Review
May, 1997

Is Your Preservation Commission Procedurally Correct?
The Alliance Review
July, 1995

The Moratorium: A Tougher Tool for Texas Cities?, 3rd Annual Conference on Land Use Planning Law, Austin
1999
University of Texas School of Law

Hot Topics in Land Use Law, 19th Annual Conference on Land Use Planning Law, Round Rock
2015
University of Texas School of Law