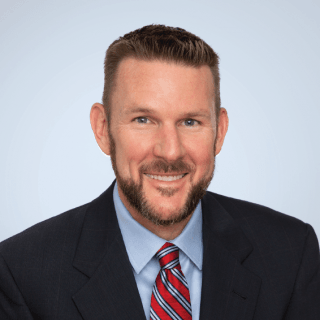 Mr. Dempsey served with the Office of Immigration Litigation at the U.S. Department of Justice in Washington, D.C. for over a decade. He retired in March 2018 as the Chief of the National Security and Affirmative Litigation Unit within his Section, where he supervised a team of attorneys conducting national security and immigration-related, affirmative and defensive litigation in district courts and courts of appeal across the nation. Mr. Dempsey supervised all national security litigation of an office with over 75 attorneys, regularly trained Department attorneys in Washington, D.C. and the National Advocacy Center, and instructed agency attorneys and law enforcement officers at venues throughout the U.S. Prior to his work at the Justice Department, Mr. Dempsey served on active duty with the U.S. Army Judge Advocate General's Corps then remained active trying criminal cases in the Army Reserves.

Mr. Dempsey has significant litigation experience. He has tried seventeen jury cases, over fifty bench trials, and handled dozens of appeals. Mr. Dempsey has worked a broad range of cases, from felony and capital criminal matters to civil suits under the Immigration and Nationality Act -- including naturalization, adjustment of status, visa and passport matters, immigration detention, programmatic challenges, and denaturalization cases -- as well as actions under the Administrative Procedure Act, Federal Tort Claims Act, and Bivens cases. Mr. Dempsey has also handled dozens of habeas petitions and nation-wide class actions.