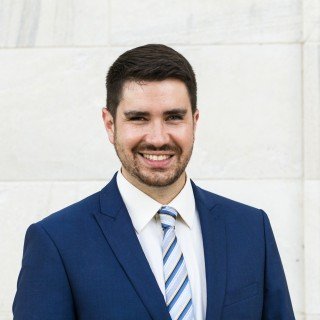 Christopher M. Brown is a lifelong resident of the Philadelphia Area, having been born in Westbrook Park (Clifton Heights) and raised in Glen Mills. He graduated from Salesianum School in Wilmington, Delaware in 2004. In 2008, Chris earned his Bachelor’s Degree in Communication Studies from West Chester University.

While attending law school, Chris spent a summer working as an intern for the Office of the District Attorney of Delaware County, Pennsylvania.

Chris then worked as a law clerk for a private Media law firm while earning his Juris Doctorate from Widener University School of Law. Upon his graduation in 2011, he became an associate attorney at that same firm where he remained until joining Eckell Sparks in May of 2017.

Chris credits his family, coaches, and many mentors throughout his life with fostering his ability to problem solve and assist others with the compassion and level of professionalism each individual deserves.

Chris lives in Downingtown with his wife, Meghan, and son, Jack. They are expecting their second child in October.