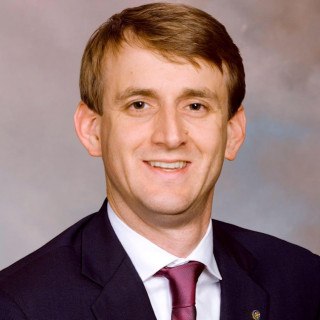 Following the attacks on September 11, 2001, Chris entered the United States Navy as an Intelligence Specialist Petty Officer. While serving, he studied at the Thomas Jefferson School of Law.

Chris is admitted to practice law in all Virginia General District and Circuit Courts, the Virginia Court of Appeals, the Virginia Supreme Court, the United States Bankruptcy Court for the Eastern and Western District of Virginia, and the U.S. District Court for the Eastern District of Virginia. In 2008, he was a contributing author on the Virginia Continuing Legal Education publication, “Defense of Serious Traffic Cases in Virginia.” Chris is a member of the Chesterfield County Bar Association, NACBA, and the Bankruptcy Section of the Richmond Bar Association.

In 2011, he joined the Political Science and International Affairs Department at the University of Mary Washington, teaching PSCI422 American Civil Liberties.

Chris is active in veterans’ organizations including American Legion Post 186. As President of the Midlothian Rotary Club for the 2014-2015 year, he led the Club to its first-ever receipt of the District 7600 Governor’s Cup for its contributions to the community.

In 2015, Chris was elected to the Chesterfield County Board of Supervisors representing the Clover Hill magisterial district.

Attorney Sarah McCurry shares three tips with Virginia This Morning’s Jessica Noll on the topic of Wills, Trusts and Estates.

Attorney Brandon Nexsen shares three tips with Virginia This Morning’s Jessica on the topic of DUI.