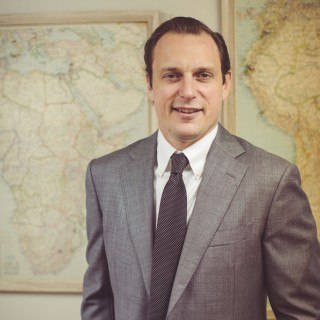 Christopher Worth is an immigration attorney who lives and works in East Quogue, New York.

Christopher has been practicing immigration law since 2013. During that time, he has appeared in immigration courts in New York, Massachusetts, Georgia, Louisiana, Texas, California, Washington, and Michigan, and has submitted numerous appeals to the Board of Immigration Appeals (BIA). Christopher has represented clients detained in Immigration and Customs Enforcement (ICE) facilities throughout the United States, including facilities rated nationally as among the most difficult in which to obtain relief, such as those located in Lumpkin, Georgia (Stewart) and Oakdale, Louisiana. In those facilities, and others nationwide, he has experienced a high rate of success in securing release for his clients on bond or parole. He is also proud of the work of his firm in obtaining relief for clients in the form of asylum, special immigrant juvenile status (SIJ), prosecutorial discretion, Deferred Action for Childhood Arrivals (DACA), adjustment of status, advanced parole, and naturalization (U.S. citizenship), as well as his own efforts while employed with My Sisters’ Place, a nonprofit in White Plains, New York, in securing for clients U nonimmigrant status (U Visa) and relief under the Violence Against Women Act (VAWA).

In order to better understand the interaction between immigration law and the criminal justice system (“crimigration”), Christopher has handled a small number of criminal matters, including a jury trial in East Hampton Justice Court for an individual charged with their first DWI where the jury found the defendant not guilty after considering a novel defense strategy including expert witness testimony that the defendant may have been involuntary intoxicated due to exposure to solvents (paint fumes). Christopher is frequently called upon by the defense bar to provide advice and counsel on the immigration consequences of criminal convictions and pleas.

Attorney
The Law Office of Christopher Worth
2014 - Current