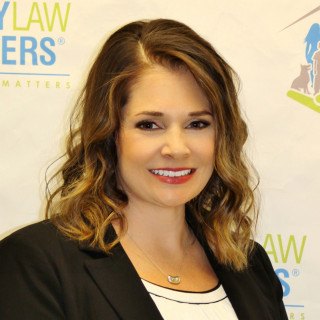 All things work together for good for those who love the Lord.
Badges
Claimed Lawyer ProfileSocial Media
Biography

Colleen Dillon Robinson has been licensed to practice law since 2009. Collen attended college at the University of Madison, Wisconsin. She graduated from California Western School of Law in 2009. Thereafter, she spent the first nine years of her legal career practicing in San Diego County before jointing Family Law Matters in 2018. Colleen is empathetic and a go-getter. She loves working at Family Law Matters because everyone is so positive and it allows her to help people through the most difficult times of their lives.

Colleen grew up as the third youngest of four children. Even so, her parents always made her feel special, especially during birthdays and holidays. Colleen is married and is the mother of two boys. However, she does know firsthand about the challenges of divorce and blended families because she plays the role of stepmother to her husband's adorable son.

In her spare time, she spends a lot of time chasing her children around their countryside home surrounded by orange groves. Colleen loves baking, spending time with her family, scuba diving and french food.They have a dog named, Duffy, who looks like Toto in the WIzard of Oz. Colleen's favorite movies are Top Gun, Robin Hood and Bridget Jones' Diary.