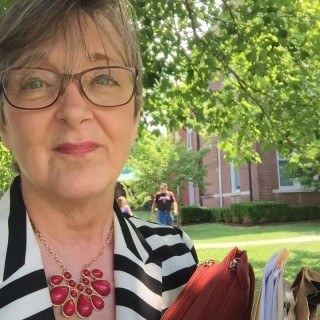 CONNIE REGULI is a mother, a grandmother, an attorney, a business owner, AND an advocate for change. Her law career started as a prosecutor of domestic violence and child abuse. In this capacity, she learned the tragic consequences of physical and emotional abuse in the intimate sphere of family relationships.
For over twenty years she has had a private practice defending the rights of parenting, families, and children against the intrusive interference of government entities. Her published case of Andrews v. Hickman County has been quoted many times as the Sixth Circuit’s clarification that the Fourth Amendment DOES apply to social workers. She had the first case in Tennessee representing children against parents in a suit for damages after years of abuse. She is currently involved in suing Williamson County for the constitutional violations of the treatment of a juvenile while held in detention.

Her advocacy for change pushed her to build a social media network of families, professionals, and lawmakers as a centralized place for the posting of ongoing activities in the child welfare arena. The Family Forward Project on Facebook has over 5,000 members and it provides a forum for the posting of new stories, legislative announcements, personal stories, and legal training. With this central point of information, it is easy to see that this issue is of major public concern.

She knows that the history of legislative development since the Mondale Act in 1974, the federal funding scheme has incentivized the re-homing of children in America. This practice taken on for “the best interest of the children” is generational genocide and must be stopped. 85% of children removed from parents are due to “neglect” and not “abuse.” Instead of assisting families in need of services, the federal funding scheme rewards the state agencies with financial incentives to remove children and pay foster parents to raise the children.

2017 News Report - A client's story of her son's suffering

2017 Jan - presentation on the child welfare system and the courts

2021 Connie Reguli before the Children and Family subcommittee