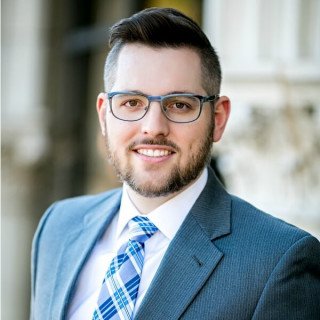 Connor is a founding partner of Jackson LLP, an entrepreneurial health law firm. He focuses his practice on the business side of healthcare law, which aligns with his detail-orientation, strong problem-solving skills, and business background.

Connor enjoys working with clients to create their ideal practice environment and build a strong compliance foundation that supports long-term success. He strives to not just counsel, but educate his clients on key laws and regulations, giving them the tools to make legally prudent decisions moving forward.

Connor earned his undergraduate business degree from Oregon State University and worked in the real estate sector. He then graduated near the top of his law school class from the University of New Mexico School of Law.

Before to co-founding Jackson LLP, Connor practiced as an insurance and commercial litigation attorney with firms in both Chicago and Albuquerque, New Mexico. He is currently admitted to practice law in Illinois, Michigan, Wisconsin, and New Mexico.

Raised in the college town of Corvallis, Oregon, Connor now lives in the Chicago lakefront suburb of Evanston, IL. Outside of the office, he enjoys playing bridge and has attained the status of Silver Life Master. Other hobbies include racquetball, indoor rock-climbing, and board games.

In 2016, Connor received with the Gender Equality Award from the U.S. National Committee for UN Women’s Chicago Chapter. He is involved in professional organizations, including the American Health Lawyers Association.

The firm's Founding Partners, Erin and Connor Jackson, reveal how misconceptions about the requirements of the Health Insurance Portability and Accountability Act of 1996 (HIPAA) lead to non-compliance.