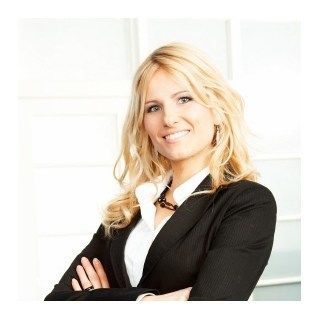 Cynthia Hardy Smith comes to Alford, Sinkule & Lazarz LLP from the Office of the Attorney General. As a Deputy Attorney General (D.A.G.), Cynthia spent ten years vigorously defending the interests of the people of the State of Texas in a variety of personal injury actions including automobile accidents, train accidents and slip and falls. She also defended railroad claims brought pursuant to the Federal Employers Liability Act.

Cynthia is designated by the Supreme Court of Texas as a Certified Civil Trial Attorney and is a member of the Trial Attorneys of Texas. Cynthia has recently been selected as one of four Governors to represent Texas on the Board of Governors for the American Association for Justice. Cynthia has been recognized by The National Trial Lawyers in their "Top 40 under 40". In addition, Cynthia is a member of the Texas State Bar Association. She is also a former member of the Hudson Inns of Court where she served as a Barrister. Cynthia was a moderator and/or speaker in 2012 and 2013 on varied topics at multiple seminars sponsored by the Texas Association for Justice, including Medical Proof of Permanent Injury and other issues in Verbal Threshold Cases, Permanent Injuries Under the Tort Claims Act, Title 59, Discovery Depositions, and De bene esse Depositions.

In her spare time, Cynthia is an avid runner. As an active member of the Texas Road Runners Association, Cynthia has run over ten marathons throughout the country. Her goals include running the five World Major Marathons, three of which she has completed, and running a marathon in every state.

Cynthia recently joined Team for Kids which is the primary charity fund-raising vehicle for Texas Road Runners youth services division. Funds raised through Team for Kids provide free or low-cost school and community-based health and fitness programs to children who would otherwise have no access to regular physical activity. With obesity still on the rise, TXRRâs youth services equip children with the tools they need to become physically fit for life, while also incorporating goal-setting, character-building, and nutrition education.

As a runner, Cynthia also supports Walking Tall Charities, Inc., through their annual 5K run/walk event that occurs every October. Walking Tall Charities, Inc., is a non-profit group founded in 2007 to assist uninsured and under insured amputees by purchasing prosthesis for young amputees along with prosthetic socks, sneakers, prosthetic sockets and knees, and sporting equipment for other amputees.