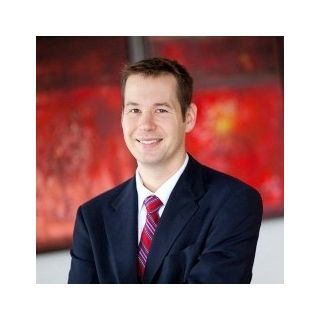 an Lawrence is a native small-town Kansan who grew up in Berryton, Kansas. He attended the University of Kansas and earned his undergraduate degree in May, 2003. While at KU and following graduation, he worked for six years as a technical writer, programmer, and project manager for Kansas City-area software companies, developing and deploying e-commerce web applications.

Mr. Lawrence received his Juris Doctor from Washburn University School of Law in May, 2008, graduating first in his class after earning the Shamberg Johnson Scholarship, the Flloyd "Nick" Cossman Scholarship, and the JL Weigand Notre Dame Legal Education Trust scholarship. He also received the top score in approximately two-thirds of all his law school classes.

Dan's academic excellence in the study of law combines with his IT experience to provide him with a rare perspective that is becoming increasingly valuable as network technology pervades every aspect of business and the law. Since joining Fleeson, he has been able to bring this knowledge to bear for the benefit of his clients. Thanks, in large part, to his knowledge of networking principles and electronic commerce, the firm exploited weaknesses in an opponent's shaky grasp of personal jurisdiction based on internet contacts to negotiate an advantageous, pennies-on-the-dollar settlement for its clients.

In another instance, he utilized his ability to understand and explain web-based applications and related security principles to persuade the Defense Criminal Investigative Service of the United States Office of the Inspector General to close a meritless, but potentially costly investigation of a government contractor client. His knowledge of networking principles - how information is stored, in what forms, where, and how it can become lost and destroyed - is invaluable to the resolution of electronic discovery issues that virtually every business must face.
Oil and Gas Law
Dan has seen both the transactional and litigation sides of the oil and gas coin, having assisted in lease negotiation as well as many aspects of the firm's traditional representation of royalty owners through class action and individual representation. With other members of the firm's oil and gas practice, he has extensively explored royalty payment and lease-related issues that are paramount concerns for Kansas royalty owners.
Government Contractor Defense/Kansas and Federal False Claims Act
Dan has participated in the defense of several prolonged "qui tam" lawsuits filed against government contractors under the federal False Claims Act, and has authored the first article regarding the new Kansas False Claims Act, which was modeled on the federal False Claims Act.
Appellate Practice
Dan has briefed appeals to the Kansas Court of Appeals, the Kansas Supreme Court, and the Tenth Circuit Court of Appeals, and has argued before the Tenth Circuit Court of Appeals. His research skills and the academic rigor which he applies to the study of law are a natural fit for all aspects of appellate practice.