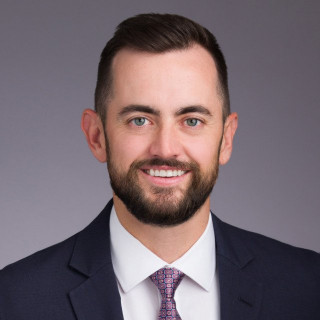 During Law School, Dane was a board member of the Alternative Dispute Resolution Team and attended and competed in several negotiation competitions across the west coast. Prior to Law School, Dane attended the University of Arizona and received a Bachelor of Arts in History while also playing for the Club Baseball team.

He was raised in Las Vegas and has deep ties to the community, including coaching several little league teams. When he is not practicing law you can find Dane on his men’s league adult softball team or teeing it up one of Las Vegas's golf courses.

Law Clerk
Clark County District Attorneys Office - Civil Division
2014 - 2014
Assisted in settlement negotiations, court hearings, client meetings, contract negotiations and contract drafting related to County contracts. Prepared legal research on a wide variety of legal issues (ranging from bankruptcy, FAA regulations, public works, torts, legislative history, personal injury, general counsel) while managing time restraints and deadlines. The office had three teams (general counsel, growth team, and litigation). I spent time on all three teams learning the manner in which the office evaluated a case or controversy and attended strategy meetings where the attorneys would decide which course to take based on the facts and the relevant

Benson & Bingham Accident Injury Lawyers, LLC has four personal injury and workers' compensation law offices in the State of Nevada as a convenience for our clients. Locations include: Downtown Las Vegas, Henderson, Summerlin and Reno, NV.