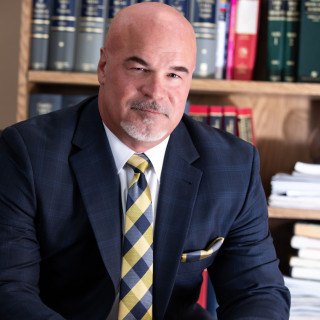 Daniel M. Cavanaugh has been a successful trial attorney for over 20 years. He grew up in West Springfield, Massachusetts and moved to Naples in 1997 where he started his legal career. He has been recognized for his trial skills as the recipient of multiple awards including Attorney of the Year at the State Attorneys Office in Fort Myers. Dan Cavanaugh has received the highest possible rating by his peers by being rated AV Preeminent®.

Criminal Defense
Mr. Cavanaugh has recognized the need for alternatives to traditional punishment. In Vermont, he established a mental health diversion program and represented the state in Drug Treatment Court. He also authored an article on Criminal Justice Reform. As of 2022, he is only the fourth attorney practicing in Florida

Mr. Cavanaugh prosecuted in Lee Cttiarticleounty (Special Victim’s Unit) and served as Chief Assistant State Attorney in Hendry and Glades counties. He was the Misdemeanor and Juvenile Chief in the Collier County State Attorney’s Office. As a prosecutor, Mr. Cavanaugh handled serious and high profile cases including being featured on the Dateline NBC “To Catch a Predator” series. He also sat on the hiring and death penalty committee.

He has trained prosecutors and law enforcement in both Florida and Vermont. Specifically, he was a part-time instructor at the Southwest Florida Public Service Academy and organized and presented quarterly trainings to a cross-section of law enforcement at inter-agency trainings in both states.

He has brought actions against individuals, corporations and governmental entities. He will work hard to settle cases short of litigation but welcomes the opportunity to fight in Court if insurance companies refuse to be reasonable.

Acknowledging Victims is Just the Beginning
The Times-Argus
April, 2016

numerous lectures to prosecutors and law enforcement, ask for a full listing

Attorney of the Year
Office of the State Attorney, Twentieth Judicial Circuit
2004