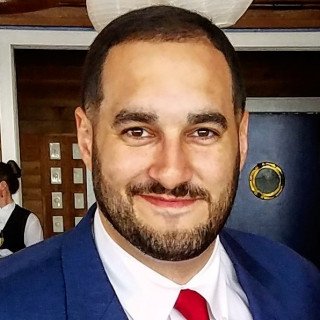 In 2010, Daniel began law school at Touro Jacob D. Fuchsberg Law Center (Central Islip, NY). He quickly became involved in the Basketball team at the school as well as the Alternative Dispute Resolution Society. During his first year, Daniel made a lot of long lasting connection with professors and his colleagues. However, he became increasingly frustrated with the lack of a criminal law focus to Touro’s curriculum.

In chasing his criminal law passion, Daniel was granted an internship under Hon. Michael “Mickey” Ravin out of Essex County Superior Court – Criminal Part in Newark, New Jersey in the Summer of 2011. Daniel cherish the time with Judge Ravin which was highlighted by contributing to the vital interpretation of then re

After graduation from SULS, Daniel returned home to New Jersey once again. Like all journeys, Daniel’s journey was not without obstacles. In his first attempt in June of 2013, Daniel did not pass the New Jersey nor New York State Bar Examinations to be sworn in as an attorney. Undeterred, Daniel’s second attempt at the New Jersey State Bar Examination in February 2014 was a successful one. As of June 2014, Daniel F. Deraney, J.D. was renamed Daniel F. Deraney, Esq. Since his bar passage in NJ, Daniel has worked as the Director of Legal Affairs for Zeki Electrical Management Services, along side Rubin Sinins and Herb Waldman out of Javerbaum Wurgaft in U.S. v. Jackson (A Federal Criminal Child Abuse Case), and as an integral member of his local gym Temple Qinesis.

In 2015, Daniel F. Deraney, Esq. hung up his own shingle and established The Law Offices of Daniel F. Deraney. He has been handling contract law cases, construction disputes, the establishment and contract review of some local businesses, landlord-tenant law, and minor criminal matters including Pool Work for the Passaic County Public Defender’s Juvenile Division. His dream has become a reality and he sits before you eager to help you with your legal issues.

Attorney at Law and Owner
The Law Offices of Daniel F. Deraney
2015 - Current
Head to my Website to read all about my firm and practice at www.DeraneyEsq.com.

Research & Office Assistant
The Office of Harvey A. Silverglate
2012 - 2012
Under Harvey Silverglate and Daniel Schwartz, Mr. Deraney, Esq. conducted legal research for articles for Forbes and other outlets regarding civil liberties issues including: A recent 11th Circuit ruling on the 5th Amendment privilege against Self-Incrimination, The legal battle between Ireland and Boston College over educational surveys of the IRA, and New York City’s Gun Control laws and the TSA airport arrest loophole.

Intern
Essex County Superior Court
2011 - 2011
Under Hon. Michael L. Ravin and Hon. Alfonse Cifelli, Mr. Deraney, Esq. Prepared, most notably, a decision on a Municipal Appeal on a DWI case which set precedent in New Jersey regarding proper equipment used and procedure, along with judicial opinions on Motions to Dismiss, a Motion to Change Custody, and a bench memo on a Motion to Suppress. He also drafted sentencing recommendations after calculating relevant state law, criminal history of the defendant, and observed many trials and hearings involving both criminal and civil cases.

Intern
Javerbaum & Wurgaft
2009 - 2010
Under Partner Rubin Sinins, Mr. Deraney, Esq. Second-seated murder retrial and assisted in wrongful death civil trial and other court appearances, as well as, assisted with file organization and analysis, communication with clients, proofread and edited briefs, motions, and other case documents, as well as accompany clients to court.