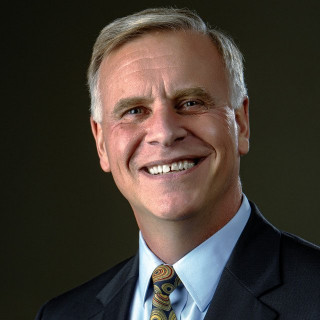 Early in his legal career, Mr. Ladendorf served as Deputy Prosecuting Attorney with the Marion County Prosecutors Office as well as legal counsel to the Marion County Grand Jury. During this time, he gained invaluable trial experience that serves him well to this day, and he has achieved remarkable success advocating on behalf of innocent accident victims and their families.

A leader in his field, Mr. Ladendorf has served as legislative co-chairman for the Indiana Trial Lawyers Association as well as with the organization's board of directors and executive committee. He has also served several mayoral appointments to the Indianapolis-Marion County Board of Ethics, and he has served as general counsel to the Marion County Election Board as well as chief deputy clerk and court administrator for the Marion County Circuit and Superior Courts.

Honored for his outstanding professionalism and service, Mr. Ladendorf has earned an AV Preeminent peer review rating* from Martindale-Hubbell as well as the Trial Lawyer of the Year Award in 2013 from the Indiana Trial Lawyers Association. He has also received many other top rankings and endorsements from his peers along with numerous testimonials and referrals from his satisfied clients.