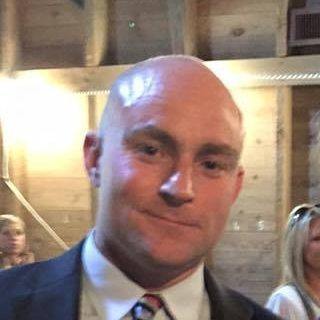 Danny Earl Britt, Jr., enlisted in the North Carolina National Guard as a private while he was still attending high school in Tar Heel, NC. Following high school he attended Appalachian State University where he walked on and played football graduating Magna Cum Laude in Boone, North Carolina with a B.S. in Political Science and concentration in pre-legal studies. After graduation, Danny immediately enrolled in law school in Oklahoma. Following law school Danny joined a firm in Elizabethtown North Carolina working for a few years before taking a job with the Robeson County District Attorney's office. Danny served as a Superior Court prosecutor and prosecuted numerous serious cases in the criminal courts of Robeson County as an Assistant District Attorney including solo prosecution of hundreds of first degree murder cases. This period as a prosecutor was split with service as a military prosecutor in the Judge Advocate General Corps serving in Iraq under the command of the 25th Infantry Division. Today, as a seasoned litigator, Danny offers each client both military and civilian customized advice to handle all of their legal concerns and to meet their legal goals. Personal Statement As a lifelong resident of rural Eastern North Carolina, I have developed an intimate understanding of the needs of this community. Furthermore I grew up working in the tobacco fields of North Carolina and understand the lack of understanding many folks have when they have to come to court. I believe an attorney should return your phone calls, answer all your questions and be committed to keeping you fully informed for the entire legal process. I will give your case the special attention it deserves.

JAG Officer/Infantry Soldier
North Carolina National Guard
1996 - Current
I enlisted as a private with the occupational speciality of a scout then retrained as an Infantry soldier. After graduation from law school I became a JAG officer.