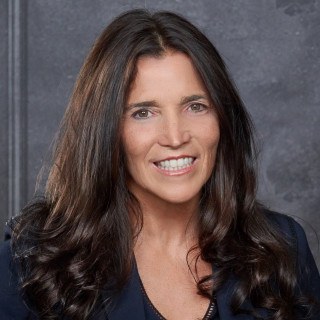 Dara J. Goldsmith was born and raised in Southern California. She enrolled at California State University Northridge at the age of 16, earning a Bachelor of Arts in Economics in 1987. While at Northridge, Dara was active in a wide range of campus and community activities and was selected the University’s 25th Homecoming Queen.

After graduating from Northridge, Dara attended Pepperdine University School of Law, where she earned a Juris Doctor in 1990, followed by a Masters of Laws in Taxation (LL.M.) from the University of Miami (1991 curriculum/1994 thesis).

After completing her coursework at the University of Miami, Dara moved to Las Vegas, where she passed the Nevada Bar Exam and began her legal career. Dara joined forces with Marjorie Guymon to establish Goldsmith & Guymon in 1996. Dara is also licensed in California, Arizona, and Hawaii.

Dara has been involved in many professional and philanthropic organizations throughout her career, including serving on the Nevada State Bar Board of Governors, as President of the Clark County Bar Association, and as Chairperson of the Nevada Community Foundation and of the Nevada Law Foundation/Justice League.

In addition to being recognized as a Nevada Super Lawyer, a Mountain States Super Lawyer, and one of the Top 50 Women Mountain States Super Lawyers, Dara has received numerous awards, including the Nevada Legal Services Pro Bono Guardianship Attorney of the Year, the Presidential Award and the Medal of Justice from the State Bar of Nevada, and the Lloyd D. George Award of Professionalism from the Clark County Bar Association and State Bar of Nevada.

Dara holds an AV Preeminent rating, the highest rating possible as voted by her peers, and recognized through Martindale Hubbell.

Dara is an accomplished swimmer and triathlete and can often be found in a pool, ocean, lake, or river. A competitive swimmer on Las Vegas Masters Swim Team, Dara competes in pool and open water meets throughout the country.

Arizona
State Bar of Arizona
Since 1991

Q. I'm looking for a lawyer that takes cases on pro bono
June 27, 2022
A: You should contact Legal Aid Center of Southern Nevada, Southern Nevada Senior Law Program, or Nevada Legal Services for placement. They are all Pro Bono service providers who qualify clients, have staff attorneys, as well as place cases with private attorneys. Good luck.

Q. My wifes xhusband passed. He has 2 minor children. Who gets his estate? His parents are trying to take it from them.
March 16, 2022
A: I am sorry for your children’s loss. Without more facts it impossible to answer the question. Facts needed are state of his residence at time of death, the ages of all of his children, how his assets are titled, approximate value of assets to go through probate, does he have a Will or Trust, what do those documents provide. I suggest you speak with an attorney in the state of his residence to address these issues and your suggested next steps.

Q. Me and brother are the last surviving children my mother has 3 grandkids from my sister and brother that has past do my
October 4, 2021
A: Assuming your mother was a raiders t of Nevada when she died, pursuant to Nevada intestate law, her deceased children’s grandchildren step into their deceased parent’s shoes. That being said, assuming your deceased siblings each had at least one child, the estate would be divided in four, on share for and your brother one share for the niece or nephew who is an only child, and one share to be divided equally between the set of siblings. If one of your deceased siblings had no children and one had 3, the estate would be divided into 3 shares, one each for you and brother and one for the three siblings. Hope that is helpful.