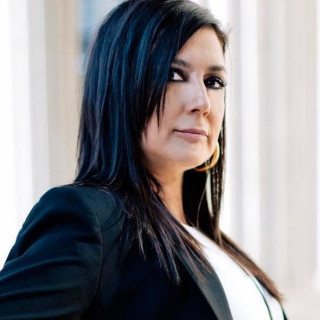 Darlina Crowder is president of The Crowder Law Firm in Plano, Texas, practicing primarily in criminal defense since 2000. She received her J.D. in 1998 from Texas Wesleyan University School of Law, where she was chosen by classmates to speak at their Hooding Ceremony. She received a Bachelor of Science in Psychology, with a minor in General Science, from Texas Woman’s University in 1995. Admitted to the Texas bar in 1999 and Admitted to The United States Court of Appeals for The Fifth Circuit. Ms. Crowder has also been licensed to practice law in the U.S. District Court’s Northern and Eastern Districts of Texas since 1999. Over her career, attorney Crowder has received over 200 acquittals. In 2004, Ms. Crowder teamed up with Robert Udashen to represent Lisa Diaz in a case that drew national attention, as Ms. Diaz was charged with capital murder for drowning her two children. However, the Udashen-Crowder team was successful and Ms. Diaz was found not guilty by reason of insanity. Ms. Crowder’s experience now also includes service behind the bench. She was appointed in 2013 as an Associate Judge in Collin County Probate Court, presiding over mental health hearings.

Ms. Crowder has also received a number of honors. She was selected for Texas Monthly’s, “Super Lawyers Rising Stars” list in March 2005, March 2006 & March 2007 and for its “Texas Super Lawyers” list in October & September 2009. In June 2007 & 2008, Ms. Crowder was also the recipient of the Texas Criminal Defense Lawyers Association’s Presidential Award. She has served on the Board of Directors for the Texas Criminal Defense Lawyers Association (as Associate Director, 2007-2008) and for the Collin County Criminal Defense Lawyers Association (2000). She has also served as a Secretary/Treasurer (2001) and Vice President (2002-2003) for the Collin County Criminal Bench Bar Foundation since 1999, and a Fellow of the Texas Bar Foundation since 2007.

Defense for 86-year-old accused of double-homicide: Ignored cellphone data could have pointed to killer
The Dallas Morning News Inc.
July 13, 2016

Criminal Defense Trial Skills and Law Program, Plano, Texas
August 1, 2016
The Center for American and International Law
This intense non-capital course is designed for those who already have some trial experience and gives defense lawyers the opportunity to develop and hone their trial skills. Chaired by Barry Sorrels and Jeff Kearney, and including a faculty comprised of elite criminal defense attorneys, this very highly-rated program focuses on trial skills (voir dire, opening statements, direct examination, cross examination and closing arguments) and law (evidence, protecting the record, and the court's charge). This course features lectures, demonstrations, and small group workshops which will require students to participate in voir dire, conduct direct & cross, and give opening and closing statements. Participants will work a mock case in this course and get the opportunity to develop and hone their trial skills.

Elite Lawyer - Criminal Defense 2019
Elite Lawyer
2019
Darlina C. Crowder has been a renowned criminal defense attorney in the state of Texas for two decades, with a focus on DWI, drug charges, violent crimes, and white-collar crimes. In addition to her solo practice at the Crowder Law Firm, PC, she has also served as associate judge in the Probate Court of Collin County.