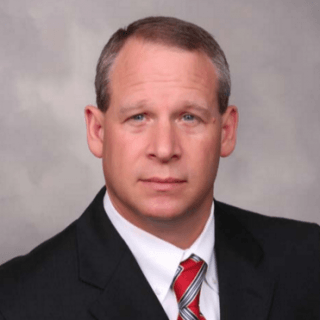 Darrell was raised in Northern Virginia, where he completed his Bachelor’s Degree in 1989. In 1992, he completed his Doctorate of Jurisprudence at the University of Alabama. Darrell clerked for the Honorable John Bush, Circuit Court Judge in Wetumpka, Alabama after graduation and gained valuable experience in research and brief writing. He then moved to South Georgia to be closer to his family, who had previously moved to the area. Darrell began practicing law with the law firm of Lissner, Killian, Cunningham and Boyd in Brunswick before moving to Atlanta to open his own practice in 1996. He has continued to run his solo practice, starting originally in the College Park area and now operating with 4 offices in Morrow, Conyers, Athens and most recently, the new corporate headquarters located in Duluth. Over the last 18 years, Darrell has helped more than 15,000 consumers navigate through resolving their debt issues with bankruptcy. In addition to bankruptcy, Darrell has always maintained an active personal injury practice and has recovered millions of dollars of awards for thousands of Georgia families who have been hurt by the negligence of others. Darrell serves at his local church, where he attends regularly. He has been married since 1988 and has 3 children.