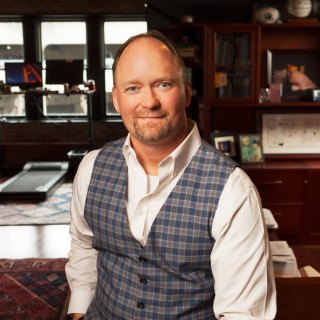 Over the past 25 years, Darrell Cochran has won a significant number of multi-million dollar verdicts and settlements for his clients, both in Washington state and around the country. His legal philosophy is guided by the desire to assist those severely injured or damaged by well-funded defendants who have abused their power or acted recklessly in their disregard for others. A few examples of his impressive casework include a $95 million class action verdict against the Washington DSHS for breach of contract, a $7.5 million class action settlement against Multicare Health System for deceptive billing practices, and his role in negotiating a $60 million settlement for Oso landslide victims against Washington State and the timber company. Darrell's practice areas include catastrophic injury or death, medical malpractice, sexual abuse, insurance bad faith, product liability, class action and general serious personal injury. Many of his cases attract local and national media attention, including high-profile litigation involving Puget Sound Energy, Hunter-Donaldson, Washington DSHS, Apple Computers, Washington State DOC and various school districts. Darrell often accepts difficult case requests from across the Northwest, and several of his jury verdicts have prompted important changes in Washington state law.

The members of the influential Washington State Association for Justice (WSAJ) elected him President for their 2017-2018 term, and he was named that organization's ‘Trial Lawyer of the Year' in 2015. He has also been selected as a ‘Super Lawyer' every year since 2003.