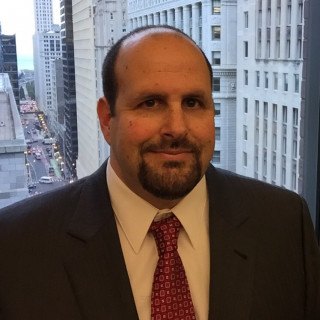 David Abels became a lawyer in 1994 and has focused his law practice on helping accident and injury victims since 1997. Much of his work revolves around motor vehicle related accidents, such as car crashes, bicycle accidents, motorcycle collisions, pedestrian accidents, truck accidents and assisting those involved in ride-share collisions (Uber & Lyft). He also spends a significant amount of time working on premises liability claims and sex abuse cases.

Years ago David started representing personal injury victims with the following philosophy: work hard on every case, and do such a good job that each client would want to use his services again if needed, and his clients would feel comfortable recommending him to friends and family. That method has worked very well for him, and he backs it up with a long list of six-figure and seven-figure settlements, strong online ratings and reviews, and many honors over the years.

Here are just some some of the honors the Dave has received:
-Illinois Super Lawyers Top 100 List, 2016-2019;
-Lifetime member of the Million Dollar Advocates Forum and the Multi-million Dollar Advocates Forum;
-10.0 Rating on Avvo;
-The National Trial Lawyers Top 100;
-Abels & Annes has an A+ Rating from the Better Business Bureau; and
-Abels & Annes is currently on the Three Best Rated list for personal injury law firms in Chicago.

David was raised in Evanston, Illinois and graduated from Evanston Township High School in 1987. Growing up he was an avid hockey player and played on Evanston's varsity team sophomore through senior year. He continued playing hockey in college at the University of Wisconsin-Madison, JV team. He graduated from UW in 1991 and then returned to the Chicago area and attended the John Marshall Law School, becoming a juris doctor in 1994.

David was sworn in to the Illinois Bar in November, 1994 and was later was admitted into the Arizona Bar in April, 2010.

Phoenix Personal Injury Attorneys - Client Review Abels & Annes, P.C. http://phoenixinjury.daveabels.com/ 602-819-5191 Pedestrian accidents are all too common in the Valley of the Sun, and throughout Arizona. With warm weather all year...