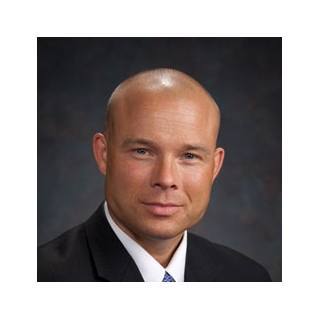 Attorney Nelson has an impressive criminal trial record having accomplished not guilty verdicts in many cases, including a stretch of seven not guilty verdicts within a span of ten trials. He has successfully had cases dismissed after getting courts to suppress illegally obtained evidence. He is passionately dedicated to the aggressive protection of constitutional rights and liberties. In representing injured and disabled client's he has obtained numerous successful results, including a $627,000 jury verdict in an automobile collision case in Milwaukee County following a week-long trial. In December of 2014 he got a Washington County Jury to award $150,000 in damages to his client on a premises liability case following a 3 day trial. He has accomplished favorable settlements for injured clients in the areas of automobile collision, medical malpractice, dog bite, premesis liability, personal tort, products liability, and breach of contract. He represents several local area business entities with their litigation needs. Attorney Nelson Attended Verona High School where he was named the captain of both the baseball and football team. He attended the University of Wisconsin Platteville where he played football, receiving four letters as a running back. Following a study abroad Summer program in London and Cambridge England he graduated from Marquette Law School in 1999. He met his wife Magdalen at Gesu parish in Milwaukee while she was also receiving her RN degree at Marquette. They have four children, Anna, Teresa, Joseph, and Maria. Attorney Nelson is currently the President of the Board of Directors for the Youth & Family Project Inc., and is a member of the St. Joseph's Hospital Ethics Committee. He is the past president of the Washington County Bar Association. Attorney Nelson races road bicycles throughout the Midwest for Team Extreme Racing. He also enjoys golf, chess, swimming, and spending time with family. Attorney Nelson is a member of the Nation

Q. How come they charged my son as an adult at age 17
January 12, 2015
A: Although it might seem unfair Wisconsin law declares that all persons charged with a crime who have obtained the age of 17 will be charged in adult court. You might not be old enough to purchase tobacco, but you are an adult at the age of 17 if charged with any crime. The legal system can often be slow moving, and we don't want to see adult defendants litigating cases in juvenile court. Some other serious crimes are tried in adult court prior to the age of 17. In these cases there might be a waiver hearing to determine whether or not the case will be heard in adult court. If a prosecutor intentionally waits until a person turned 17 to charge them, that person should file a motion challenging the charges.