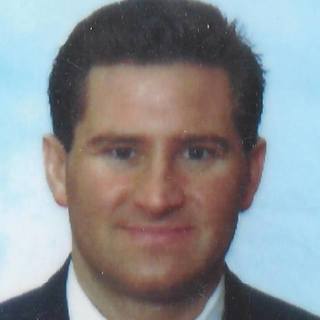 Internationally-acclaimed author and litigator David Barranco graduated with honors from the University of Texas’ Plan II Program in 1994 and from UT’s Law School in 1997. Based in Alamo Heights, Texas, David helps artists, writers, investors, designers, and other innovators reap (and retain) the financial rewards from their original creations. In 1993, David was named UT’s most outstanding liberal arts student; in 1997 he won the Willie Morris Award, which recognizes a superlative “call to intellectualism, vigorous defense of civil liberties, and overall pursuit of excellence.” After covering Microsoft's antitrust trial for the London Sunday Times, Mr. Barranco began his legal career clerking under Chief U.S. District Judge Hayden W. Head, Jr. in Corpus Christi. On the basis of David's subsequent courtroom victories, AVVO Legal characterized him as a “superb” practitioner, (rated 10/10), and the National Association of Distinguished Counsel welcomed David into the “Top 1%” of American trial lawyers. Mr. Barranco is especially proud of his SPLC Wall of Tolerance commendation -- an award affording him the opportunity to shake hands with a true American hero, Rosa Parks. David’s books have sold more than 200,000 copies worldwide. His most recent, called “brilliant” by Mensa Magazine, “thrilling” by Cambridge Day, and a “Blockbuster” by the Times of Malta, garnered a national literary prize from the IPBA. The MacArthur Foundation granted David a 2004 Post-Graduate Fellowship in Public Policy. In 2015, David was recognized as a Distinguished Alumnus and named one of Texas' "Top 10" family law attorneys. Mr. Barranco resides in Terrell Hills with his two strong sons, his two guard dogs, and his marvelous wife, Catherine.

Q. Can I press charges for someone giving away my dogs?
April 25, 2015
A: You might file a civil claim against your relatives in small claims court or, potentially, go down to the police station and swear out a criminal complaint for theft or animal cruelty. In either case, you appear to have what we lawyers call a “proof problem.” I fear local police will not take your complaint seriously because, from the way you asked your question, it does not sound as though you possess actual, physical evidence that a specific person or persons stole, mistreated, or harmed your pets. I agree that the circumstances are VERY suspicious. I would not be surprised if your suspicions prove valid. Nevertheless, absent supporting evidence that a specific person (or persons) committed a criminal act, your complaint may well be ignored by the police – who very often assert that they have “more important” crimes to investigate. Perhaps they do. Your odds of success might be superior in small claims court, also called JP or justice court. There, you need only prove the claim that a defendant gave away or harmed your animals by a preponderance of the evidence, not beyond a reasonable doubt. Still, even in JP court, to prevail you’ll need actual evidence that a specific person committed a civil tort. Historically, even if you succeed, the damages awarded in such cases are shamefully small – although the recent trend is positive. Regardless of what ensues, I’m very sorry to hear about your missing pets. I am a dog lover myself. I suspect the most sensible long-term solution is to move away from your girlfriend's cynophobic kin or, if these relatives reside within your domicile, insist they move out. Good luck and God bless!!

Q. In texas. Is it a law that the seller of a house has to pay All the closing costs
April 25, 2015
A: The answer to your question is: “No.” There’s no Texas law forcing property Sellers to pay “All the closing costs.” Both parties to a typical Texas real estate transaction eat some costs. It’s true that, in residential home sales, Buyers usually pay less than Sellers pay. Here’s a quick summary: Buyers tend to see more line-item expenses on the HUD. Most Buyers take out purchase loans; many charges Buyers pay relate to their loans. Early in the process, each Buyer should receive a “Truth in Lending” statement identifying and approximating his or her costs. Some savvy Buyers shop around for different lenders, interest rates, and costs. Normally, Sellers see fewer line items on a closing statement. Nevertheless, Sellers generally pay more in dollar terms. Sellers usually pay agent commissions, but commissions are negotiable. It can be less than 6 percent. In Texas, for a residential home sale, the largest individual costs are (usually) property taxes owed and agent commissions. Sellers normally pay both. Please be aware: All fees, costs, and charges can be negotiated during a real estate transaction. If someone claims a specific item is “non-negotiable,” simply increase or decrease the sales price to account for the ostensibly non-negotiable cost. Although every transaction, like each piece of real property, is unique, Buyers are often asked to absorb several of these closing costs: • Appraisal fee • Origination fee • Pre-paid interest • Pre-paid insurance • Flood certification fee • Tax servicing fee • Credit report fee • Bank processing fee • Recording fee • Notary fee • Title insurance Certain expenses, such as property taxes and/or homeowners association dues, are pro-rated & paid at closing. Bottom line: In a normal Texas closing, both parties absorb some costs.