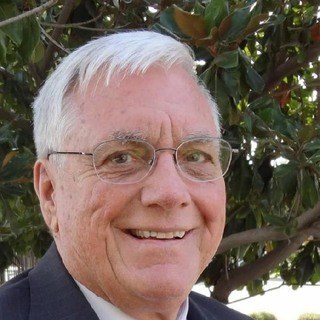 Who is David Blaisdell? Dave was born in Indiana. As a baby he and his parents came out to California pulling a trailer. His parents heated his bottle on the hot radiator when they had to pull over to cool the engine in driving across the desert. Dave attended schools in Southern California. He graduated from Los Altos High School. He attended both San Diego State and San Jose State. In the army he was stationed at Fort Ord, Fort Gordon, Killeen Base (now West Fort Hood) and Presidio of San Francisco. After service in the army Dave graduated from California State University, Los Angeles with a bachelor's degree in history in June 1971. He graduated from Southwestern Law School in December 1974. Dave was admitted to the California State Bar and has practiced law since 1975. For over ten years he practiced law in Orange County. Married for the first time at the age of 40 he and his new wife moved to Moreno Valley. Dave and Patty have two children, a son and daughter. Besides helping to raise the children his hobbies are walking exercise, reading and living. As an aside, Dave is the tallest attorney in Moreno Valley.