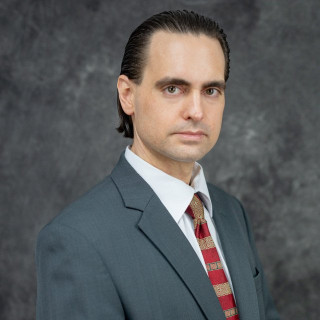 David Breon is the founder and lead attorney of Semita Legalis. He focuses his practice on family law and immigration matters. Though he’s based in western Missouri, he offers virtual legal services to clients across Missouri, Kansas, and Illinois, and immigration services across the United States and the world.

David took a circuitous path to the law. Born and raised in western Missouri, he took great interest in the study of the Spanish language in high school and lived in Spain during his senior year of high school and college. To help fund his academic career, he joined the U.S. Army, where he served in military intelligence stationed in various locations across the United States, to include a year in Tikrit, Iraq. After returning to civilian life, he pursued a master’s degree in Spanish and Latin American Literature at the University of Missouri in Columbia. There, he met his wife, with whom he eventually migrated to live in her home country of Ecuador. David lived five years in Ecuador where he taught as a professor of English as a Second Language at Universidad Especialidades Espíritu Santo (UEES).

However, academic ambitions for both partners eventually brought David back to the United States where he taught ESL and Spanish before earning his law degree at the University of Missouri - Kansas City School of Law. He chose to become a lawyer because he wanted to stand up for the vulnerable and fight against injustice and impunity. In pursuit of that endeavor, he worked at the Legal Aid of Western Missouri and at a large law firm before returning to his hometown and striking out on his own.

When not practicing law, David enjoys spending time with three generations of his family: his parents, his wife, and their son. He also holds a second-degree black belt in Ryukyu Kempo karate, which he has also taught.