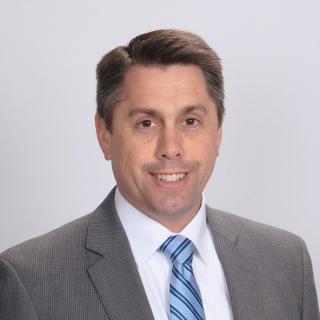 Attorney David Dastrup has had extensive success with criminal misdemeanor traffic tickets and infraction traffic tickets, including suspending license / driving on a suspended license, reckless driving, DUI, speed contest, hit and run, driving without a license, failure to appear, speeding, disobey sign or signal, and other criminal cases including drug possession, drug paraphernalia, petty theft, grand theft, burglary tools, public intoxication / drunk in public, urinating in public, trespass, disturbing the peace, domestic violence, warrants for failure to appear, warrants for probation violations, and several other criminal cases in Los Angeles County Courts and Orange County Justice Centers. Trusted by courts, relied on by clients, and organized business practices. Your attorney fights for you, protects your constitutional rights and driver's license, and appears in court so you don't have to appear or post bail, saving you time and money immediately. Attorney David Dastrup is a Juris Doctor and Master's graduate from the prestigious, nationally ranked Pepperdine University, in Malibu, California. The School of Law's Straus Institute is ranked #1 in the Nation by U.S. News & World Report. Mr. Dastrup enjoys helping people. For the last few years, virtually every day, he has appeared in court, achieving dismissals and reductions for his traffic and criminal clients, saving driving records and keeping clients out of jail. Mr. Dastrup believes in the Constitution of our Nation and of California, especially as they apply to zealously defending the rights of his clients.

Q. Can police see your warrant if they run the license plates of a vehicle that is not registered under your name?
17 June 2019
A: You are right in that it does not make sense that they would find a warrant for you based on looking up someone else's license plates. There are a lot of different reasons police pull people over. Here, if the tags were actually expired, that is a legitimate reason. However, sometimes a police officer will recognize the driver as someone they have dealt with before and then try to find a reason, or make one up, for pulling over the vehicle. One would have to look at the police report to find more information.

Q. My son is being charged with burglary and a strike for attempting to break in to a detached garage
17 June 2019
A: What is your question? Are you looking for an attorney or for some information?

Q. I found that I got a ticket 3 years ego and they sent letter to address that was not on my driving license
17 June 2019
A: If the ticket is causing a hold for your drivers license, then you should take care of it. Find an attorney in the area of where the court is located and hire them to help you resolve it. By the way, if you were handed a ticket in person, that would have been notice to appear. The court letter is a courtesy notice, not required to hold you accountable to appear in court. If you were not given a ticket, and no other notice to appear in court, then you have a valid issue to fight.