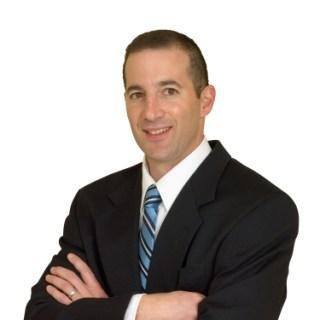 David has been an Attorney at Law since 1994. His emphasis is on Personal Injury Cases. These include: insurance claims, motor vehicle accidents, slip and fall injuries due to defective premises, full tort, limited tort, motorcycle accidents, wrongful death, drunk driving accidents, dog bites, insurance claims and defective products. He has successfully handled hundreds of cases, including complex litigation in Federal and Pennsylvania Courts.

He began his career as a Stateâs Attorney with the "Governor's Law Firm", called the Office of General Counsel. He represented the Commonwealth of Pennsylvania in civil actions, including winning cases on appeal before the Commonwealth Court.

He has been in the private practice of law since 1998. He is one of the few civil litigation lawyers specializing in injury cases who has worked exclusively both as a lawyer for injured people and in-house for a large law group defending claims when he was with the "Governor's Law Firm".

David is honored to help people who come to us to solve their problems. His goal is to seek truth and accountability, while working as hard as possible for our clients. David has obtained over $7 million in recoveries for clients over 5 years. Mothers Against Drunk Driving has recommended David to victims of drunk driving accidents who need legal respresentation. He is actively involved in local charities, including President of the Springford Rotary Club 2010-11.

Q. How long does a plantif have to respond to the filing of a products liability suit?
March 19, 2011
A: Your question is unclear. The plaintiff is the party that files the suit. The defendant must then respond. Typically, in federal court, the defendant has 20 days to file an answer to the complaint.

Q. I had Medtronic leads on my implanted heart device. Had no notice of class action. Can I still get comp.?
March 19, 2011
A: First, you should contact the law firm that is doing the class action. It's also possible you have rights to bring your own action if you are deemed to have opted out of the class.

Q. A lawer told me he failed a suit regarding my personal injury over 2years,how can I find out if such was filed or if my.
March 19, 2011
A: It's a little difficult to understand your question. If you are saying the lawyer told you he filed suit within the 2 year deadline, but you want to check that, you can do several things. First, if he filed a complaint, you would have been required to sign a verification, so you should know that. If he/she filed a Writ of Summons, that wouldn't require your signature but it would be docketed. First, you should ask your lawyer for a date-stamped copy of whatever was filed (meaning, if it was filed, the court will have stamped the date of filing on it). If the lawyer does not give you the information, you could also contact the court and ask them to look up the docket for you or you could go to the prothonotary's office yourself and ask them. You should ask your lawyer for the docket number.