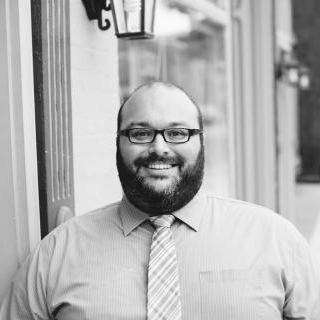 WV Attorney David J. Hinkle focuses his practice on helping his clients get a fresh financial start through bankruptcy. David has been practicing bankruptcy law for the past ten years and has helped hundreds and hundreds of consumers facing financial difficulties.

David started Hinkle Law in 2008 at a time when many people in Martinsburg, WV and the Eastern Panhandle were beginning to feel the effects of the recession and the burst of the real estate bubble. David’s desire to help people struggling with debt problems led him to re-establish a bankruptcy practice. David understands that many people are reluctant to seek the help of an attorney so he strives to make their attorney experience as painless as possible. Providing friendly and courteous service is a priority.

David was born and raised in Bridgeport, WV. He is a graduate of Bridgeport High School. David received his Bachelor of Arts in Political Science from West Virginia University in 1999. He graduated from the University of Pittsburgh School of Law in 2002 and began his career as a WV attorney immediately after. While in law school he met his future partner in life, and in law, Sarah.

When David is not practicing law, he likes spending time with his family and friends. He is a die-hard fan of Mountaineer sports and his fall weekends usually revolve around football games. He teaches Sunday school, serves on the board of directors of Main Street Martinsburg and coaches youth sports.

David is admitted to the courts of WV and PA.