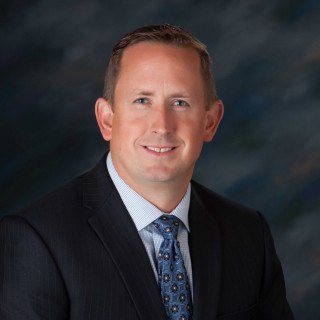 Mr. Karnes’ professional memberships include the Muncie Bar Association, the Indiana Bar Association and the American Bar Association. David and his wife, Tara, reside in Selma, Indiana with their four children, Brayden, Brandt, Bracken and Bryce.

Mr. Karnes is highly active in the Muncie Community. He is currently on the Lifestream Services Board of Directors; First Choice for Women Board - Vice Chair; and on the governance committees of the United Way of Delaware County and the Soup Kitchen of Muncie. Past Board Memberships include the United Way of Delaware County and Hillcroft Services. Mr. Karnes enjoys being involved in coaching soccer for Burris, and watching his sons play basketball and soccer.

Mr. Karnes is a member of Grace Baptist Church, Muncie, Indiana and has served as a deacon and deacon chairman during his 20+ year membership.