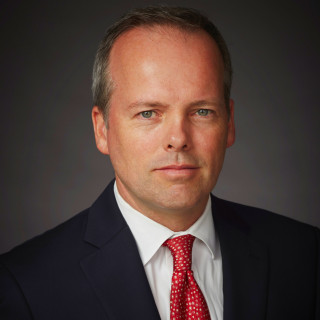 A proud Texan, David L. Traylor is an alumnus of Jesuit College Preparatory School in Dallas, Southern Methodist University (SMU) and The University of Texas at Dallas (UTD). He earned a degree in Economics and Finance at UTD before returning to SMU to earn his law degree.

Mr. Traylor was selected to the acclaimed Criminal Justice Clinic during his final year of study at SMU Law School. This provided an opportunity to represent indigent defendants as a student lawyer and was an important springboard to beginning a Criminal Defense practice. He also traveled to Honolulu, Hawaii to assist the State of Hawaii in their Office of Consumer Protection and Office of the Attorney General in the two summers during law school.

Upon graduating Mr. Traylor took and passed the first available Texas Bar Exam, became licensed as a lawyer, and after a brief spell at a small local law firm, opened the doors to his own firm in 1995. Mr. Traylor has been licensed to practice in all Texas Courts since 1994 and is also licensed to practice in all Federal Courts in the Northern District of Texas. Since that time, he has helped tens of thousands of people in the Dallas area put their legal matters behind them.

Mr. Traylor has been recognized by his peers with the highest possible rating, ‘AV Preeminent’ in ethical standards and legal ability through Martindale-Hubbell, a recognition that only a small percentage of lawyers ever attain. He has earned a 10.0 out of 10.0 rating on Avvo and received their Client Choice Award in 2014. He was recognized in 2015 as one of the Three Best Rated Criminal Defense Lawyers in Dallas by ThreeBestRated.com.

Mr. Traylor lives in revitalized downtown Dallas with his wife, enjoys travel, dining and is an accomplished poker player. He recently became a member of MENSA. He also truly enjoys helping his clients whom he says are typically good people in tough situations.

Law Clerk - Tort Litigation Division
State of Hawaii Office of the Attorney General
1993 - 1993
One of only twelve law students nationwide selected to work in various divisions in the State Attorney General's Office.

Law Clerk - Office of Consumer Protection
Department of Commerce and Consumer Affairs
1992 - 1992
Worked with staff attorneys on complaints and litigation to protect consumers from fraud and deceptive practices in the State of Hawaii.