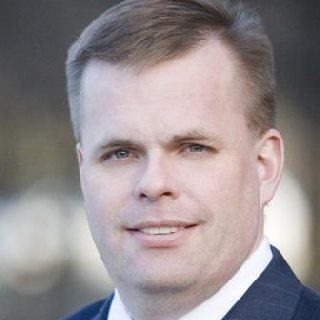 I was admitted to practice law throughout the state of Indiana in 1998. As a general practice lawyer, I have experience in both criminal and civil law. I practiced law for over 14 years and built a successful private practice before serving as a judicial officer in Marion County, Indiana for 3.5 years.   As a judicial officer, I was assigned to the Arrestee Processing Center (APC) and major felony drug court where I focused my efforts on problem solving and reducing recidivism through offender education efforts. Returning to private practice in October, 2016, I expecs to incorporate the lessons I learned from the judiciary in assessing the strengths and weaknesses of my client’s cases. I have major felony trial & appellate advocacy experience. While many lawyers will spend an entire career and never have the opportunity to argue before the Indiana Supreme Court, I've done so three (3) times. Those decisions have helped shape Indiana law in the areas of Operating a Vehicle while Intoxicated and Habitual Traffic Violator offenses. In 2013, I retired as a field grade officer in the U.S. Army Reserves after serving for 25 years.  Originally enlisting as a private out of high school in 1988, I was later commissioned through ROTC as a Second Lieutenant in the Military Police and completed the U.S. Army’s Airborne school.   I served as a commander of the 384th MP HHC in Fort Wayne, IN, before transferring to the Judge Advocates General (JAG) Corps in 2000 where I served the remainder of my Army career as a military lawyer.    In 2003, I deployed to Iraq as a JAG officer with the 800th Military Police Battalion in support of Operation Iraqi Freedom.   I was assigned to the Coalition Provisional Authority (CPA) in the Iraqi Ministry of Justice where I served as the “ombudsman” for juvenile and female detainees.   I earned the Bronze Star during my deployment for a variety of accomplishments.

Bronze Star
U.S. Army
2004
Awarded for Meritorious service while in Combat. During Operation Iraqi Freedom, I served as the liaison for female and juvenile detainees and helped reorganize the juvenile justice system in Baghdad while assigned to the Iraqi Ministry of Justice under the Coalition Povisional Authority.

Q. What is the criminal offense code for Burglary in the state of Indiana, and what would be the court process ?
October 5, 2016
A: The Indiana Code Statute for Burglary is I.C. 35-43-2-1. While it is true that court policies and procedures change from county to county and court to court, below is a general outline of the criminal court process: 1. Police have probable cause to believe the defendant committed a crime. They will either arrest the defendant outright or file a probable cause affidavit with the court and the Court issues a probable cause affidavit for the person's arrest. 2. Once the person is in custody, the Court will hold an initial hearing. At that hearing, the Defendant will be advised of the charge against him/her, the minimum and maximum penalties that are possible, and his/her Constitutional rights. The Court will also determine if the Defendant is indigent (poor) or whether they can hire an attorney. If the Defendant cannot afford their own attorney, the Court can appoint a public defender. Finally, the Court will set a bond (even if he she is released, they are still considered to be "on bond"). 3. The Court will set an Omnibus date which is a deadline for attorney's to file certain motions. They will set a trial date and usually one or two pre-trial conference dates. In most courts, you are expected to show for your pre-trial conference dates and trial dates as well as any pre-trial hearings (see below). Your attorney can best advise you as to what you need to appear to. 4. Prior to trial, the attorney will conduct discovery and find out how strong the case is against the Defendant. This could include depositions, sworn statements, and reviewing documents in the prosecutor's file. The State is required to turn over exculpatory evidence (evidence helpful to the Defendant). Each side will present the court with a list of their witnesses. If there are discovery conflicts, motions to dismiss, motions to suppress evidence, etc., the Court will typically set the matter for a pre-trial hearing. 5. As the case proceeds, the attorneys will discuss how to resolve the case. The case will be resolved one of three ways: 1) The State dismisses the case. 2) The parties reach a plea agreement or 3) the parties go to trial. 6. There are two types of trial: 1) Jury Trial-- citizens from the community hear the facts and decide guilt or innocence; or 2) Bench Trial- the Judge will hear the facts and decide guilt or innocence. 7. If the Defendant is found guilty either because of a plea or trial, the Court will hold a sentencing hearing and the court is required to sentence the defendant either pursuant to the plea or within the sentencing guidelines established by the legislature. I hope this guide was helpful to you in understanding the process.