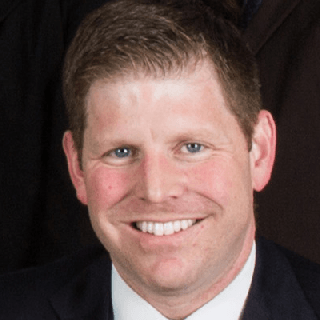 Rockville Criminal defense lawyer David H. Moyse began his legal career as an associate for a personal injury law firm, collaborating on several six-figure settlements and lengthy civil trials. Since forming Jezic & Moyse, LLC as a founding partner, he has been part of a team of lawyers who successfully settled a District of Columbia medical case for a high seven-figure amount As a Rockville criminal lawyer, David Moyse obtained a complete acquittal from a jury in a high-profile First Degree Rape in Montgomery County in July, 2010. In January of 2010, Mr. Moyse and Mr. Jezic, in a jury trial in Prince Georges County, convinced the prosecutor to do something very rare: to dismiss all charges in an Armed Robbery case after the defense cross-examination of the two main State witnesses, who had positively identified the defendant in court. In April of 2010, Maryland criminal lawyers Mr. Moyse and Mr. Jezic obtained a nearly complete acquittal from a Montgomery County jury in the high profile prosecution of a former Maryland State Trooper who was accused of a sex offense while on duty. In May of 2010, Mr Moyse and Mr. Jezic achieved an acquittal from a Montgomery County jury of all felony charges in a Manslaughter case. In 2011, David was co-counsel on a five day jury trial in Montgomery County where the jury found the defendant not guilty of all counts of sexual assault despite a videotaped confession being played to the jury. Read article. In 2012, criminal defense lawyer David Moyse continued to enjoy success in jury trials, earning a complete acquittal in a two-day robbery trial, and then convincing a jury to completely acquit his client of DWI/DUI despite the client blowing a BAC over the legal limit of 0.08. Criminal defense lawyer David Moyse has continued his success in the courtroom in 2013, obtaining a complete acquittal for a man accused of sexual assault. The jury was so persuaded by Moyse’s closing argument, that they returned a not guilty verdict

The Catholic University of America Columbus School of Law
S.J.D.
2006

Maryland Criminal Defense Lawyer: http://www.jezicfirm.com/ http://www.bethesdacriminallawyer.com/ Montgomery County, Maryland Criminal Defense Attorney Ahmet Hisim has 30 years of experience litigating all manner of criminal cases throughout Maryland, especially serious felony cases and murder trials. He was a prosecutor in the Baltimore City State’s Attorney’s Office for 22 years, and has been a criminal defense attorney for the past eight years.(See news articles about several murder trials). April 08, 1998: Man convicted in slayings of ex-girlfriend, man, 73 The Baltimore Sun May 16, 1997: Man draws life term for killing fiancee; Judge stipulates no parole in life insurance scheme The Baltimore Sun April 02, 1997: Harris guilty of killing fiancee; He had claimed she was shot during robbery attempt The Baltimore Sun February 25, 1992: Baltimore man convicted of killing cabbie Sentencing set for April 3 The Baltimore Sun