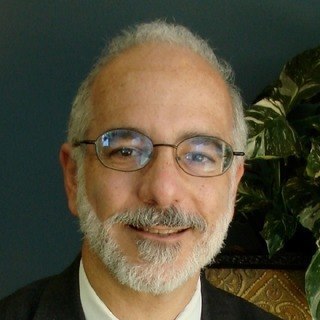 David N. Soloway is a principal in Frazier, Soloway & Kennedy, P.C. He graduated from Emory University School of Law (’82) and Duke University (’79). His immigration law experience includes arguing Ardestani v. INS before the U.S. Supreme Court (1991), a case of national importance addressing the applicability of the Equal Access to Justice Act to certain types of immigration cases. He currently is Chair of the American Immigration Lawyers Association (AILA) Chapter covering Georgia and Alabama, has served on the Chapter’s Executive Committee since 2008, and has served as Chair of the Chapter’s Liaison Committee with the U.S. Citizenship and Immigration Services. David is admitted to practice before the U.S. Supreme Court, the Eleventh Circuit Court of Appeals, Federal District Court (N. Ga.), the Immigration Court, Board of Immigration Appeals, and State and Superior Courts. Avvo, an organization that rates attorneys nationwide, ranked David 10.0/Superb (the highest rating). He is a member of the Board of Directors and Executive Committee of the Interfaith Children’s Movement, Inc.

Q. For lack of time, can I provide a single letter of affidavit of birth from my mother to prove place & date of birth?
18 May 2015
A: The U.S. Department of State has identified which documents are acceptable as birth records, according to such things as the geographical location where a person was born and the date of birth. This takes into account that some nations or regions did not keep regular centralized birth records, some geographical areas had their records destroyed by natural disaster or war, some nations or regions have unconventional ways to maintain birth records, etc. The only way to know which records will be acceptable for you would be to know the geographical location and date of your birth. In keeping with Justia policy, this communication is intended as general information and not legal advice, and it does not create an attorney-client relationship. David N. Soloway Frazier, Soloway & Kennedy, PC Atlanta, Georgia www.fspklaw.com dsoloway@fspklaw.com

Q. Name change on green card help!!!
18 May 2015
A: Congratulations upon being approved for Permanent Resident status. Generally, when a woman becomes married and desires to embrace her husband's last name as her own, the law will recognize that new name without any necessity for filing a marriage certificate or taking other steps to accomplish the name change. From an immigration legal standpoint, having the USCIS issue a replacement "Green Card" with your husband's last name shown as your last name, will not be consequential for your ability to continue to be a Permanent Resident or to become eligible to apply for naturalization. If you decide to seek a replacement "Green Card," be prepared for the USCIS to take a long time to complete its responsibilities. In keeping with Justia policy, this communication is intended as general information and not legal advice, and it does not create an attorney-client relationship. David N. Soloway Frazier, Soloway & Kennedy, PC Atlanta, Georgia www.fspklaw.com dsoloway@fspklaw.com

Q. Married to permanent resident! How long will it take generally for me to be granted with one as well?
18 May 2015
A: A Permanent Resident may marry someone who is in F1 student visa status and then petition for him/her in the Family-based Second Preference (F2A) visa category. Visas are now available in that category for people from most nations who have a Priority Date (application filing date) of September 1, 2013 or earlier. While that does not necessarily mean that a visa will become available in less than two years for a newly filed case, that at least provides some guidance about the approximate amount of time. In keeping with Justia policy, this communication is intended as general information and not legal advice, and it does not create an attorney-client relationship. David N. Soloway Frazier, Soloway & Kennedy, PC Atlanta, Georgia www.fspklaw.com dsoloway@fspklaw.com