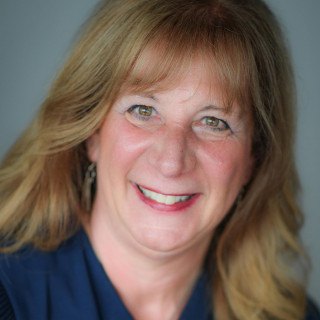 I was elected in November 2012 and was seated on January 1, 2013. A lifelong resident of the Cuyahoga County area, growing up in Maple Heights until the age of 12, and moving to Lyndhurst where I reside today. I attended public school, graduating from Brush High School in 1975.
I have a daughter, Michelle, and understands how difficult raising a child can be as a single parent.
After Michelle graduated from college, I pursued a degree at Baldwin Wallace University and earned a degree in Human Services while working as a private investigator and a freelance designer in advertising.
I worked as an Advertising Director at a financial institution for 12 years, and at the age of 40, began law school with the intention of practicing juvenile and family law.
I served on the Cleveland Metropolitan Bar Association’s Guardian ad Litem Advisory Board from 2004 to 2016 and as a Judge, I was a member of the Steering Committee forming a CASA program, both of which merged to form the Child and Family Advocates of Cuyahoga County. This organization protects the needs of children in foster care, whose numbers are at an all-time high due to the drug epidemic. Most recently, I was nominated as a Board Member of the Ohio Association of Juvenile Court Judges.
Since taking the bench, I have worked to implement various initiatives focusing on the needs of the community, strengthening families, and providing services to the children of Cuyahoga County, such as Warrant Recall Fridays and CASA of Cuyahoga County.
I have taken on additional duties as the jurist for the Teen Drug Court, Safe Harbor Docket and supervises the Magistrate for Reentry Court.
I have spent her entire legal career focusing on Juvenile Court advocating for children and families of Cuyahoga County.

Q. Can children services remove my children without giving me any information regarding the removal?
January 4, 2023
A: Children and Family Services may only remove your children in an Emergency and need court intervention. You are entitled to a hearing within 72-hours where an attorney will be appointed.

Q. foster care legal advice
July 22, 2019
A: I do not know what your situation is currently, though if you stay in Foster Care you will be eligible for Independent Living, college tuition and assistance through the Bridges Program. i can only imagine it is difficult to remain, though if you have a good worker, you should be able to finish school, find employment and support yourself. The Bridges Program is until you are 21-years of age and you should take advantage of all the State of Ohio offers. Good Luck and don't be stupid:)

Q. My son wants to stay with father and go to school in his town until I get my own house. Do I have give temporarycustody
July 19, 2019
A: If the Father owns property in the school district, it should not be an issue to enroll him, otherwise, you may need a Court Order that states that Father is the Residential Parent for School Purposes.

News Channel 5 highlights Judge Denise N. Rini's RTA initiative that makes juvenile offenders, whose delinquency offenses occur on public transportation, to give back to the community by doing community...