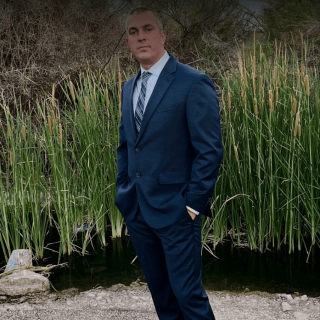 Prior to moving to Phoenix with his family, Derek was a police officer in Henderson, Nevada. Upon being admitted to the Arizona Bar in 2009, he worked as a criminal prosecutor in Mohave County, Arizona. He was then appointed presiding judge for the Page Magistrate Court in Page, Arizona, where he oversaw the adjudication of over 3,000 cases annually. Derek then served as a judge for the Glendale City Court in Glendale, Arizona, that oversees the adjudication of over 40,000 cases annually.

Derek left service as a judge in 2014, intent on helping those charged with a criminal offense. Since then, he has focused his practice exclusively in the defense of those charged. His overall experience and knowledge of criminal law and procedure gained as a police officer, prosecutor, judge, and defense attorney serves as a valuable asset to clients charged with a crime.

Top 40 Under 40
The American Society of Legal Advocates
2015

Top One Percent
The National Association of Distinguished Counsel
2015

Blog
Oliverson Law DUI & Criminal Defense - Can I Own a Gun If I'm Charged With Domestic Violence?

Blog
Oliverson Law DUI & Criminal Defense - Can I Own a Gun If I'm Charged With Domestic Violence?

Should I Represent Myself in an Arizona Criminal Case

Should I Represent Myself in an Arizona Criminal Case? Tempe, Phoenix and Gilbert https://www.oliversonlaw.com | (480) 582-3637