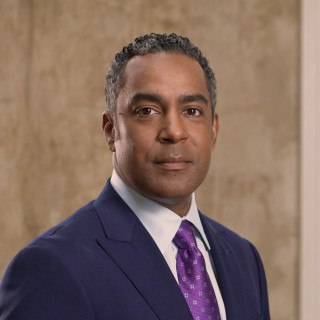 Derrick Walker has built an outstanding track record with nearly 20 years in practice in a wide array of personal injury matters, including multi-million dollar awards in cases involving wrongful death, tractor trailer accidents, traumatic brain injury, nursing homes, and medical malpractice. He dedicates his skills and services to helping to provide a level legal playing field for those injured and to protect them throughout the legal process. Derrick is incredibly passionate about representing the injured, and he makes it his mission to tip the scales in favor of his clients when faced with the “David vs. Goliath” struggle between an injured person and an insurance company.

Since 2000, Derrick has been securing favorable outcomes for his clients at the negotiation table and in the courtroom. Highlights of his achievements include a $6.5 million award in a case involving in a tractor-trailer collision, a $4.5 million award for a bicyclist struck by a commercial vehicle, and over a dozen 7-figure awards in cases involving medical negligence, including a recent $2 million dollar jury verdict in a case tried in Fredericksburg.

Derrick has an “AV” rating (the highest available) from the Martindale-Hubbell attorney listing service and was selected as one of Virginia’s Super Lawyers (Top 5% of Virginia Attorneys). Derrick is also among six Allen & Allen attorneys named to Best Lawyers in America, a publication considered by many to be the preeminent guide to legal excellence in the United States.

Derrick is actively involved in the Board of Governors for the Virginia Trial Lawyers Association and the American Association for Justice. Derrick is a frequent speaker on ethics and trial techniques. He attended the College of William & Mary, graduating with a B.A. in Government and received his J.D. from the T. C. Williams School of Law at the University of Richmond, where he was the recipient of the International Academy of Trial Lawyers Student Advocat

The Real Low Down on High/Lows, Mary Carter Agreements, and Other Skullduggery
VTLA Journal

Effective Use of Medical Illustrations, May Tort Seminar, Norfolk, VA.
American Association for Justice
(May 2011)