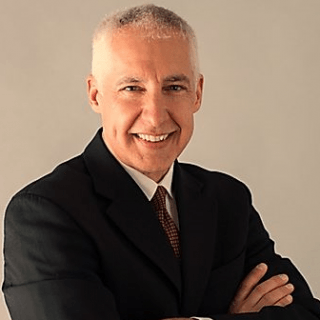 Donald J. Schmid is a former Assistant U.S. Attorney and practices in the areas of criminal defense, civil litigation, internal investigations, and regulatory compliance. He served as an Assistant U.S. Attorney with the U.S. Department of Justice in the Northern District of Indiana for more than 21 years from 1994 to May 2016. As an award-winning federal prosecutor, he won more than 75 jury trials in the United States District Court. He was Chief of the South Bend Division of the U.S. Attorney’s Office from 2002 to 2004.

Prior to becoming an Assistant U.S. Attorney, Mr. Schmid was a successful civil trial and appellate lawyer with Gibson Dunn & Crutcher in Los Angeles, California. He litigated in numerous areas of law including securities fraud, trademark and intellectual property, banking, antitrust, legal ethics, and employment. Among his clients were the British Broadcasting Co., Grove Worldwide Inc., and PaineWebber. He is also experienced in alternative dispute resolution including mediation and arbitration.

As a federal prosecutor, Mr. Schmid led complex investigations and prosecutions in the areas of public corruption, white collar fraud including healthcare fraud, organized and violent crime, environmental crime, and illegal drug trafficking/money laundering. He won numerous awards from the FBI, the Bureau of Alcohol Tobacco Firearms and Explosives, DEA, the Department of Health and Human Services, U.S. Fish and Wildlife, the U.S. Department of Justice, and many other government agencies. Mr. Schmid was widely known for his consummate skill as an oral and written advocate.