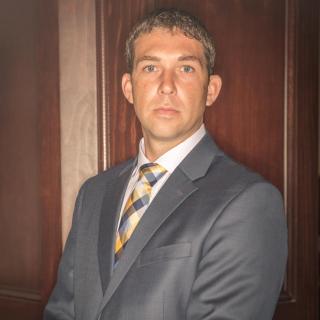 Douglas B. Johnson is a skilled young lawyer that graduated law school at an astonishing pace of 2 years. Doug graduated cum laude at the top of his class regularly receiving awards and honors for his academic achievements. Doug is a Bloomington-Normal native, as he was born and raised in the twin cities, and prior to joining Johnson Law Group worked for many years with State Farm at their Regional and Corporate offices, in the area. Doug is an experienced negotiator as he conducted mediations representing State Farm's interests. He also worked for a private investigation agency where he gained knowledge in many investigative practices, such as surveillance, background checks, skip-tracing, and pre-employment screening. In that role, Doug gained skills at interviewing, taking statements, as well as collecting and preserving evidence. Doug also worked as a carpenter, throughout Illinois and Virginia. He put his skills to work designing, and constructing the Johnson Law Group office. When he is not fighting for his clients, Doug still enjoys carpentry projects, and spending time with his wife, Bethany, and their two children, Bailey, and Caleb.