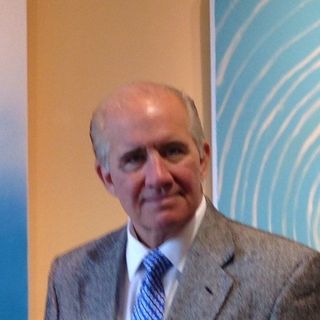 I was born in Ann Arbor, Michigan on the day of my Father's graduation from the University of Michigan Law School. I graduated from Fenton High School as a Member of the National Honor Society. I served my classmates as their Vice President of Student Council, Sophmore Class President, Vice President of Senior High Student Council, Law Day Judge. In addition I played and lettered in tennis my Sophmore, Junior and Senior years. I earned a Bachelor of Arts Degree in Humanities Pre-Law from Michigan State University. At MSU I served my classmates as Floor President of Wilson Hall, Member of the Men's Hall Association student government for all dormitories, Chair of the Dean's Student Advisory Committee for the College of Arts and Letters, Chair of the Dean's Student Advisory Committee for Interdisciplinary Studies, Legal Aid Director for the Associated Students of Michigan State. I was a member of Delta Tau Delta Fraternity. In law school at the Detroit College of Law, I was Parlaimentarian for the Student Senate, Vice President of the Student Senate and Senior Class President. After graduating from law school I became Assistant Fenton City Attorney and Fenton Attorney for 26 years. I ran for the United States House of Representative, became an Attorney and Counselor to the Supreme Court of the United States, served as a President of the Fenton Community & Cultural Center. I enjoyed Spring Meadows Country Club as a Member, learned to fly hot air balloons, pubiished books of fiction and poetry and was a speaker to the Michigan Association of Prosecuting Attorneys.

Fenton City Attorney
City of Fenton, MI
1986 - 2001
I represented the City of Fenton in litigation against Grand Trunk Western Railway Company in the US Supreme Court that led to gates at all railway crossings within the corporate limits of the City of Fenton.

Attorney and Counselor to the Supreme Court of the United States
Current
Activities: Drafted and filed two briefs that were accepted by the US Supreme Court.