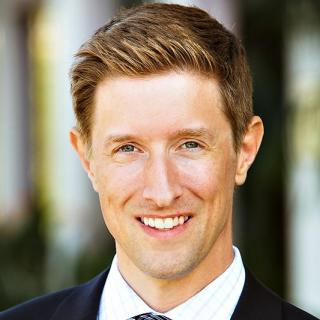 Douglas A. Hatherley is Partner with Stegmeier, Gelbart, Schwartz & Benavente, LLP and a Certified Family Law Specialist. Mr. Hatherley's practice is focused on the issues of family law litigation, including child custody and visitation, spousal support, child support, domestic violence, paternity, and division of assets. He received his Bachelor of Arts in Political Science from the University of California, Berkeley, and his Juris Doctor from Loyola Law School.

Mr. Hatherley has been selected for inclusion in the prestigious Super Lawyers Southern California Rising Stars list four years in a row, named one of the Top 40 Family Law Lawyers Under 40 in California by the American Society of Legal Advocates, and published in the Daily Journal, a leading legal newspaper. He has also attained the coveted AV Preeminent® rating from Martindale-Hubbell. AV Preeminent® is Martindale-Hubbell’s highest peer rating standard. This rating signifies that a large number of the lawyer’s peers rank him at the highest level of professional excellence for his legal knowledge, communication skills and ethical standards.

Mr. Hatherley has practiced family law exclusively since being admitted to the bar and has worked at prominent family law firms in Orange County, the Inland Empire, and Los Angeles. During law school, Mr. Hatherley served as a judicial extern in the Family Law Division of the Los Angeles Superior Court for a highly respected family law judge. He was also Senior Production Editor of the Loyola of Los Angeles International and Comparative Law Review.

Judicial Extern
Los Angeles Superior Court
2009 - 2009
Judicial Extern in the Family Law Division for the Honorable Harvey A. Silberman in the Central District.

AV Preeminent®
Martindale-Hubbell
2021
AV Preeminent® is Martindale-Hubbell’s highest peer rating standard. This rating signifies that a large number of the lawyer’s peers rank him at the highest level of professional excellence for his legal knowledge, communication skills and ethical standards.

Top 40 Under 40
American Society of Legal Advocates
2016
ASLA’s exclusive membership comprises less than 1.5% of all licensed lawyers nationwide. ASLA is both highly selective in extending invitations and in determining which specialties to include for a given state. Because many specialties typically include listings for Top 100 Lawyers and Top 40 Lawyers Under 40, in order to remain selective ASLA ensures that each specialty in a state has a sufficient number of practicing lawyers to merit inclusion. Those states with relatively low populations of practicing lawyers often will support only one or two specialties. ASLA monitors practice trends from year to year prior to extending invitations in each state.