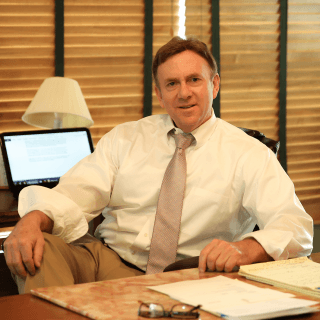 Attorney Keberle is a 1981 honors graduate of UW – LaCrosse and a 1984 graduate of Marquette Law School. As the son of a Marathon County Circuit Court Judge, his interest in law began at an early age. His lifelong goal of representing injured people was realized when he opened his own law firm, with the single goal of providing personal attention to every injured person he would represent. That philosophy would later become the cornerstone of Keberle, Patrykus & Laufenberg, LLP, created in 1992. Thirty years after starting his career in injury law, he has represented clients successfully in over 1000 injury cases. Attorney Keberle receives statewide requests to assist attorneys in complex injury cases and, in 2004, his argument before the Wisconsin Supreme Court helped create new law protecting the rights of injured motorcyclists. Attorney Keberle has served his community as a member of the Board of Directors for both the YMCA and Columns scholarship organization. He has coached children in basketball, baseball and tennis and enjoys spending time with his family.