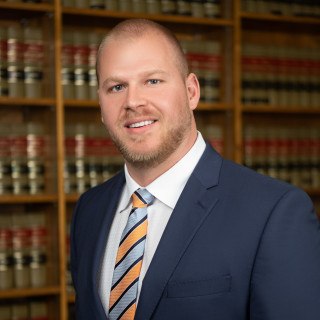 Drew Epperly is a personal injury attorney at Sand Law – focusing his practice on cases where people have sustained serious injuries. He is a rising star in the field of personal injury, having amassed a track record of securing substantially above-average settlements and awards for his clients. Drew represents individuals that have been injured in motor vehicle and motorcycle accidents as well as victims of animal attacks and slip and fall accidents.

Drew is originally from West Virginia where he pursued his bachelor’s degree in accounting at Marshall University. While at Marshall Drew was a Co-Captain of the Rugby team and recruited by the U.S. national team to compete in the 2016 Olympics. After graduating with honors at Marshall, Drew went on to study law at West Virginia University College of Law where he showed a great aptitude for litigation through his coursework.

Drew began his legal career as a family law attorney where he quickly excelled thanks to his financial background paired with his compassion for people. These same attributes have translated into the personal injury field where Drew has found similar early success. Drew is able to relate to his clients in a unique way as he has experienced what they are going through first hand. As a motorcycle crash victim himself, Drew understands his client’s perspective and has the ability to truly empathize with them while assisting them through their difficult time.

In his free time Drew enjoys exploring the outdoors with his wife and son, attending sporting events, riding motorcycles, and boating with family and friends.