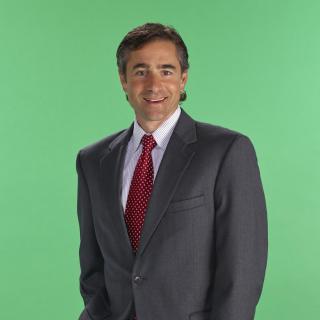 Chad McCoy is a lawyer that works for you. His passion lies in making things right for his client, whatever the issue. Chad wants to make sure that you get the representation and compensation you deserve. Too many times insurance companies use their economic power to leverage victims into taking a settlement that is less than they deserve and less than the law provides. Your case is important to you and therefore it’s important to Chad. After graduating 4th in his class at the University of Kentucky Law School, Chad went on to work for the likes of Stites & Harbison; Parr, Waddoups, Brown, Gee, & Loveless (now Parr Brown). Not satisfied representing big corporations, Chad and some law school classmates formed McCoy & Sparks, PLLC. Then, after knowing each other and working together for almost twenty years, Chad & Sheila joined forces to create the Dream Team at McCoy & Hiestand, PLC. Chad is a proud geek—at one time he could program in five computer languages. He reads constantly and tries to learn something new every day. He enjoys spending his spare time with his wife and twin boys, as well as fly fishing, running, and skiing. Presently, Chad is a licensed pilot, high school robotics team coach and adjunct professor of law at a local college.