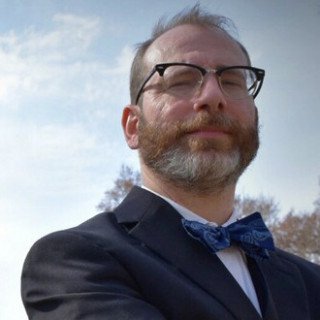 Dustin is a graduate of the University of Arkansas Fayetteville School of Law. He obtained his undergraduate degree at Central Michigan University in Mt. Pleasant, Michigan where he studied political science and broadcasting.

Dustin has been practicing law since 2001. He began his legal career working with Legal Services offices, first in Fayetteville and then in Little Rock. Dustin is licensed to practice in Arkansas state courts, including Arkansas trial courts, the Arkansas Court of Appeals, and Arkansas Supreme Court. He is also licensed in the Federal District Court for the Eastern and Western Districts of Arkansas.

Dustin is a past recipient of the Arkansas Bar Association’s Equal Justice Distinguished Service Award and the Arkansas Access to Justice Commission’s Champion of Justice Award.

An Attorney’s Responsibility: Communication is Key to Good Client Relations
The Arkansas Journal of Social Change and Public Service
January 1, 2012

Guardianship: A Primer on Arkansas Law, Team Up Autism, Little Rock, Arkansas
May 29, 2015

Q. I live in Arkansas. I signed an irrevocable trust but it is not funded. Can I start over with another lawyer?
November 18, 2021
A: If it was never funded, unless there is something in the document or another document that compels you to fund it, then yes you can create a new trust. Depending on your situation and the language of the current trust, it may be able to be amended as well.

Q. My landlord came in lastnite kicked me out due to having a male visitor present. Is this legal?
September 24, 2021
A: No, your landlord's actions are not legal. He cannot forcibly remove you from your leased premises under any circumstance (even if he had a right to legally evict you). He would have to use the court's to have you legally evicted. Further, his actions regarding your relationship and his refusal to break it off may be a violation of the fair housing act, in addition to sexual harassment and/or assault. You have a right to request from a judge that you be placed immediately back into your rental unit. You also have a right to sue your landlord for damages.

Q. If you signed a 12 month lease, and at the end of the 12 months you moved completely out and notified your landlord the
September 20, 2021
A: It depends on what your lease says. If the lease is silent as to any notice requirements before moving out, you are perfectly within your rights to move out the last day of the lease and are under no further obligation to your landlord. However, if the lease requires a notice prior to moving out, you pay be required to pay a penalty (per the terms of the lease) if you do not provide that notice.

Introduction to the firm

Arkansas: The Worst Place to Rent in America

Subscribe to VICE News here: http://bit.ly/Subscribe-to-VICE-News Arkansas is one of the worst places to be a renter in America. It is the only state in the US where tenants are treated...