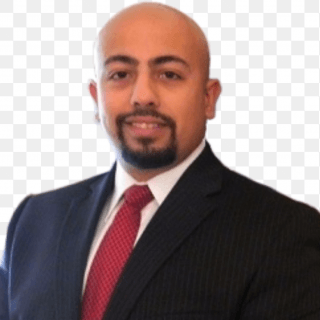 Ed Qaqish began this practice in an effort to provide efficient and competent representation to residents of the Lehigh Valley.
Attorney Qaqish was raised in Bethlehem, Pennsylvania. Following his graduation from Liberty High School, he went on to study at the Kutztown University of Pennsylvania where he graduated in 2006 with a degree in Political Science and a minor in History.

After college, Attorney Qaqish enrolled at Widener University’s School of Law in Harrisburg. During his three years of dedication, he excelled in the study of law, was named a Widener Merit Scholar, and served as an Internal Editor for the Widener Law Journal. While a student, he was certified to represent clients at the Widener Civil Law Clinic. In 2010, he graduated from Widener Law with honors.

Following law school, Attorney Qaqish began working as a judicial law clerk for the Honorable Douglas W. Herman, President Judge of the 39th Judicial District (Franklin and Fulton Counties). In this position, he learned the intricacies of the practice of law, particularly Criminal Law and Civil Litigation. In addition to his clerking duties, Attorney Qaqish was promoted to the position of Head Law Clerk, serving the entire 39th Judicial District. During his clerkship, he dealt with countless issues including suppression of evidence in criminal matters, expungement of criminal records, breaches of contracts, personal injury matters, and landlord/tenant disputes.

After several years in Franklin County, and a short time practicing in Dauphin County, Attorney Qaqish decided to return to the Lehigh Valley and begin a practice representing clients in his hometown.

This is the background that has made Attorney Qaqish the lawyer who can help calm your legal worries. It is thanks to these experiences that the Law Office of E. Edward Qaqish can provide you with the representation you need.